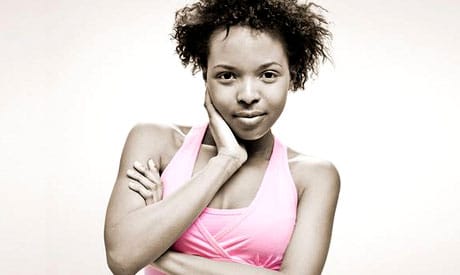 A "lump" makes us think about something that is obviously foreign, with smoothly defined edges. But that sort of lump is more consistent with benign conditions, such as cysts. Despite that, we are told to look for "lumps" on self examination, but what we should look for is any thickening or other change within the flesh of the breast. (My own breast cancer – diagnosed in 2002 – was a thickening, as if my skin had adhered to the flesh under it.)

One form of breast cancer does not present itself as a lump, but as inflammation. The skin can feel unusually warm to the touch. It can also take on the appearance of orange-skin – with the pores showing visibly as a result of swelling.  The breast may feel heavy. The type of breast cancer that causes these signs is called "Inflammatory Breast Cancer" and is highly aggressive. Because it does not present as a "lump", its symptoms are often confused with infections and treated with antibiotics before the realization is made that a biopsy is in order.

We are often told that breast cancer tumors are not painful. While it may be true that the tumor is not painful, its presence in the breast can cause pain and discomfort. One woman I spoke with experienced pain in her breast after a bike riding accident, which she attributed (correctly) to the fact that she had fallen and traumatized her breast.  But while her other bruises healed and she felt better, her breast did not. She went to see her doctor, who discovered a mass in her breast and explained that the pain was likely caused by the tumor pushing against other flesh.

Breast cancer can be detected by changes in the nipple. The nipple may become inverted, leak blood or fluid and even become slightly discolored. Some of these symptoms can be caused by an infection. But since many breast tumors originate in the milk-producing ducts of the breast (this type of tumor is known as a "Ductal Carcinoma"), the cause of these symptoms may turn out to be a tumor putting pressure on the milk ducts.

Men can get breast cancer too. This is an abstract idea for many, especially those who incorrectly believe that the bigger the breast, the greater the risk of breast cancer. If a man detects any of the above symptoms – or a lump – he should have it looked at by a doctor.

When breast cancer is detected early, survival rates are far higher, even in more aggressive forms of the disease. Early detection in breast cancer means detection before the cancer has metastasized to distant organs or bone. Hopefully these five signs will help guide you to get medical advice rapidly if the need arises.

What's In My Left Breast – A Three-Year Odyssey