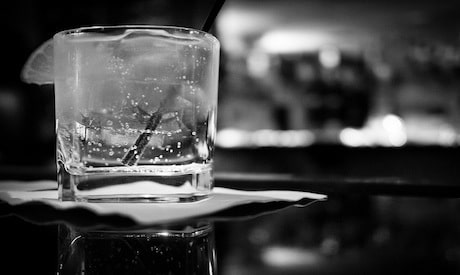 It may be your favorite way to end an evening, but you just might want to skip the nightcap as new research shows that consuming alcohol just before bed can disrupt your sleep.

The paper, published in the April 2013 issue of the journal Alcoholism: Clinical and Experimental Research looked at more than 20 studies involving more than 500 test subjects on the relationship between alcohol and sleep. The study found that virtually any amount of alcohol can negatively impact sleep patterns. Studies involved observing subjects who consumed various amounts of alcohol from one to two drinks to more than four. Some studies were based on single nights and others looked at consecutive evenings. None of the people in the study had problematic drinking behaviors.

According to the paper, just two drinks can inhibit REM sleep. This is the most important state of sleep where we not only dream, but our memory and overall health receive an important refreshing boon. “This review confirms that the immediate and short-term impact of alcohol reduces the time it takes to fall asleep,” said lead study author Irshaad Ebrahim, director of the London Sleep Center. “In addition, the higher the dose, the greater the impact on increasing deep sleep.”

Once the REM stage has been inhibited people often complain of brain fog, difficulty concentrating, fatigue and even depression. An overall lack of quality sleep each night has also been connected with weight gain, reduced immune function and depression. Saying no thanks to the nightcap can ensure that you get a great night's sleep.

Andrea Donsky is a Registered Holistic Nutritionist (R.H.N) and co-founder of NaturallySavvy.com. Andrea has dedicated her life to sharing her passion for living a naturally and healthy lifestyle with the world, while helping to guide others through the confusing maze of 21st century supermarkets and fad diets. She is co-author of Unjunk Your Junk Food and a 'Parent Ambassador' for Healthy Child Healthy World.

9 Tips To Get Over Jet Lag