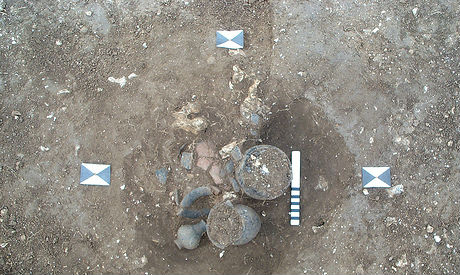 Those thinking that a traditional burial may not be for them should be aware of all the available cremation options. Cremation is certainly on the increase in the United States, yet it proves not to be the most environmentally-friendly process in terms of emissions. Surely new methods of disposition are required. Methods that are efficient, cost-effective and minimize impact upon our environment are what our society needs. Even though many people assume there’s only one form of cremation, a new “green” method is rising in popularity.

A new method of cremation

The process called alkaline hydrolysis, or also known as water resomation, or better yet, flameless cremation, uses lye and heat to speed up the natural process of, simply put, breaking down a human body.

During a flameless cremation, lye, water and heat are combined to dissolve a body into liquid and bone. The liquid is disposed of, and bone fragments are returned to family members. According to the Chicago Sun Times, this process has been used in some hospitals since the 1990s, but it’s only beginning to catch on with the general public. Eight states have passed laws regarding the legality of this process, which may be holding it back in other states.

Flameless cremation all takes place in a large stainless-steel cylinder, into which water and lye are added, along with 300-degree plus heat and 60 pounds of pressure per square inch. The result is a coffee-colored liquid that can be safely disposed of down a drain. The remaining bone fragments are ground to a powder and given to the family, much like a traditional cremation.

States that regard flameless cremation as legal are seeing a spike in the number of clients who request it for themselves or their loved ones. Alkaline hydrolysis has been used for years by the Mayo Clinic and the University of Florida to dispose of human cadavers, and it has been used for two decades by other institutions to dispose of animal remains. Although some within the funeral industry view it as the next big thing, its progress into the marketplace has been slow.

Flameless cremation as a method of final disposition of human remains is currently legal in Florida, Maine, Minnesota and Oregon, among other states. The process was legal in the U.S. state of New Hampshire, but a one year moratorium was imposed to allow the technology claims to be studied and validated before public use. In Minnesota, the Mayo Clinic  uses an alkaline hydrolysis process to dispose of donated bodies. The process is currently legal in only seven US states, and Saskatchewan approved the process in 2012, becoming the first province to do so.

Flameless cremation remains can still be buried, scattered or stored as a person chooses, just as traditional flame cremation ashes can. It’s an option for those concerned about environmental sustainability, as it doesn’t emit mercury and other toxins into the air (like traditional cremations do) and it uses a limited amount of energy. Even those who don’t consider themselves very environmentally conscious can jump on this trend, as they may feel it is a more gentle and green process than flame cremations.

The Chairman of the National Funeral Directors Association’s Green Burial Work Group, James Olson, claims that this liquid cremation “merely speeds up the body’s natural decomposition process into a matter of hours”.

“If you were buried at a cemetery it would take up to 25 years for hydrolysis to happen. This process happens in two to three hours," he said.