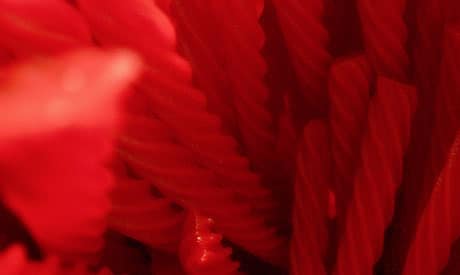 Artificial food colors have been linked to attention problems, including attention deficit disorder (ADD), and attention deficit/hyperactivity disorder (ADHD). Many adults and children suffer from ADD and ADHD, and want to avoid artificial food dyes. Natural food dyes are generally considered safer. However, there are three that you should consider avoiding: annatto, carmine and caramel.

Annatto comes from the seed or extract of the achiote tree which is native to Central and South America. It may be associated with irritable bowel syndrome (IBS), as a retired allergist immunologist believes. Dr. Herbert L. Stein wrote a letter in 2009 to the Journal of Clinical Gastroenterology about problems his wife had with "frequent bouts of diarrhea, abdominal pain, and bloating." While traveling for Europe for over a month, his wife's symptoms stopped "with the exception of one recurrence after a cup of coffee with a non-dairy creamer." The creamer was Coffee-mate, and on the trip she had been using "only milk and cream."

After they returned home, Stein's wife stopped using Coffee-mate for 30 days, and was free of all symptoms. When she began using it again, the symptoms returned. She stopped using it again, but had symptoms again when she ate vanilla ice cream. Stein found that annatto was in both the coffee creamer and the ice cream. He reports in the letter that his wife remains free of symptoms by "diligently reading food labels and constantly inquiring about the content of restaurant fare."

An article in the Journal of Clinical Gastroenterology notes that "anything added to food that is natural or, in other words, grown from seed is not under careful scrutiny by the Food and Drug Administration (FDA)." Annatto is one of the natural additives not being scrutinized by the FDA.

Carmine, also called cochineal, comes from insects. A 1997 study by a University of Michigan at Ann Arbor researcher found that carmine can cause life-threatening allergic reactions. The researcher, Dr. James L. Baldwin, linked a popsicle containing carmine with anaphylactic shock in a patient after she ate it. Just as with annatto, carmine comes under less scrutiny than synthetic dyes.

Back in 1998, the Center for Science in the Public Interest (CSPI) petitioned the FDA urging that carmine be either clearly labeled or even banned. The CSPI pointed out in a press release that doctors in Michigan, Switzerland and France proved that "colorings can cause allergic reactions, including sneezing, asthma, and anaphylactic shock." In 2009, the FDA published a rule requiring carmine to be labeled on all food and cosmetic products in the U.S. The rule went into effect in 2011.