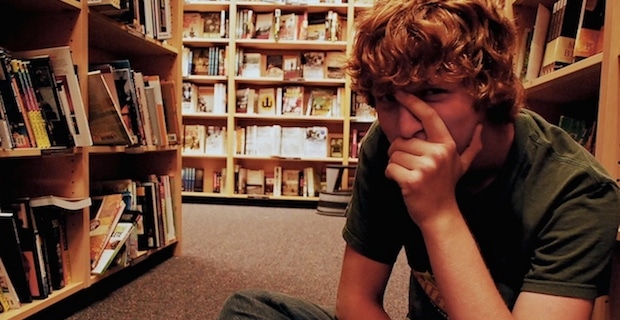 The teen years are a time of great physical, emotional, and social changes and challenges for adolescents and their parents. Diet can have a significant impact on those developing years, and high-fructose corn syrup is one ingredient teens need to avoid because of its negative effect on the brain.

The high-fructose corn syrup (HFCS) found in soft drinks and other beverages, salad dressings, yogurt, frozen pizza, pickles, baked beans, breads, and dozens of other foods teens love could be damaging their brain and memory. Several studies have pointed to the hacking effect of this added sweetener on cognitive function.

For example, a University of Southern California team wanted to determine the effect of high-fructose corn syrup on certain critical stages of development, such as the teen years. The report, which appeared in the journal Hippocampus, involved adolescent and adult rats. The rats were given either an 11 percent sucrose solution, an 11 percent HFCS solution, or extra water (controls) along with their regular diet for 30 days.

The rats who were given the HFCS showed impaired spatial learning and memory when presented with a maze, while the rats who had consumed the sucrose showed some moderate difficulties. Problems with memory and learning were not the only differences seen in the rats given high-fructose corn syrup.

In fact, the adolescent rats also showed physical evidence of increased pro-inflammatory substances (cytokines) in the dorsal hippocampus, which is the area of this brain structure that is involved with memory, when compared with the controls. No significant effect was seen in the teen rats that consumed sucrose.

At the same time, adolescent rats in both the HFCS and sucrose groups had elevated levels of insulin but their adult peers did not show any of these changes. So what do all of these findings suggest?

Added sugar, especially high-fructose corn syrup, has a negative effect on the adolescent brain in the area involved with memory. HFCS also is associated with inflammation and elevated levels of insulin, which is the body's attempt to manage the high sugar amounts in the blood. Over time, the elevated insulin will be unable to compensate for the sugar and the likely result will be diabetes.

In a recent study published in the journal Nutrients, the authors stated that "both a low intake of omega-3 fatty acids or a high-fructose intake contribute to metabolic syndrome, liver steatosis or non-alcoholic fatty liver disease, (NAFLD), promote brain insulin resistance, and increase the vulnerability to cognitive dysfunction." In addition, recent research indicates that the brain plays a key role in type 2 diabetes and metabolism by having a significant impact on the regulation of sugar (glucose).

Our children and teens have many challenges in their lives. Let's not add to them by promoting or supporting the use of high-fructose corn syrup and the damage it can cause for the brain, now and in the future. Help them chose alternatives to processed foods and beverages that contain HFCS and show them how to read nutrition labels.