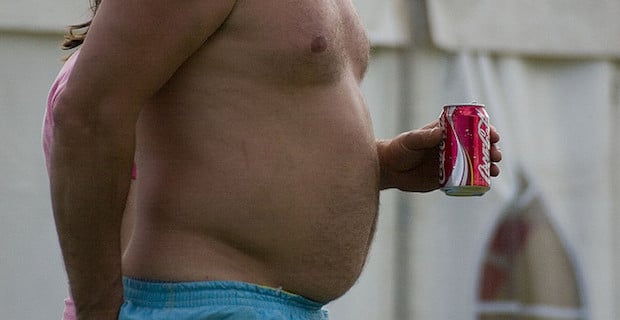 German and Spanish researchers reviewed systematic reviews that looked at the association between high fructose corn syrup (HFCS) and sugar sweetened beverages (SSBs) and obesity/weight gain. What they found among the 17 reviews that met all of their criteria, is a difference in conclusions between those with a disclosed financial conflict of interest with the food industry and those without. In other words, the reviews with a disclosed financial conflict of interest, 83.3 percent (five out of six) concluded that scientific evidence supporting the association between SSB consumption and obesity/weight gain was insufficient. However, among those reviews without a financial conflict of interest (11), the same number of studies concluded that SSB consumption could be a potential risk factor for weight gain. "Those reviews with conflicts of interest were five times more likely to present a conclusion of no positive association than those without them," the researchers stated.

Back in 2010, the American Beverage Association released a statement about a paper published in the American Journal of Public Health, stating that it "fails to provide real evidence that reducing sugar-sweetened beverage consumption will reduce obesity or prevent other negative health outcomes." If this sort of denial sounds familiar, it is because other industries have practiced it. As the researchers mention, there are certain other areas where financial interest has lead to bias results and denial of scientific research. The two industries cited by the researchers the tobacco industry and the energy industry's approach to climate change.

The researchers point out that it is "important to know whether the scientific evidence about nutrition is free of bias because biased information might negatively affect the health of entire populations." There are several reasons why it's important to have unbiased scientific research on obesity: government recommendations are based on scientific research, and the prevalence of obesity in the U.S. Over one-third of U.S. adults are obese, and 17 percent of children and adolescents. Obesity has been linked to heart disease, type 2 diabetes, and certain types of cancer. Obesity is also costly. The estimated annual medical cost of obesity in the U.S. was $147 billion in 2008. The medical costs for obese people were $1,429 higher than those for people of normal weight.

There is a third reason why it is important to have unbiased scientific studies. Soft drink consumption is high in the U.S. Approximately half of the U.S. population drinks HFCS/SSBs on any given day, according to the Centers for Disease Control. Teenagers and young adults drink more than any other age group. SSB consumption has increased over the last 30 years among children and adults. The American Heart Association has recommended consuming no more than 450 kilocalories of SSBs, or less than three 12 oz. cans of carbonated cola, a week.

Read more about the dangers of soft drinks