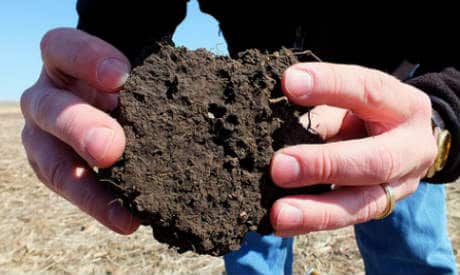 Sulfur is naturally occurring in the water we drink, as well as fresh, uncooked foods. It is found in fruits, vegetables, meat and dairy products. Every day the body uses up to 750mg of organic sulfur naturally. Unless you mostly consume organic raw foods, you are likely not receiving enough organic sulfur to realize its tremendous health benefits.

In the body, organic sulfur is used to repair cells which have been damaged, as well as to promote the growth of healthy new cells by allowing the cells to transport oxygen more effectively. Organic sulfur also makes cell walls more permeable, increasing their ability to allow more nutrients in and to allow waste materials to pass out of the cells. Studies have shown that chlorine and fluorine are detrimental to such oxygen transport, yet these elements have been added to our water supply to make our teeth "healthier"and our water more "pure", or free from bacterial infestation. These elements are poisonous at higher concentrations and they block the uptake of both oxygen and sulfur. Hook up a charcoal filter to your faucet and it removes the chlorine before you drink it. The small amount of chlorine in the water, however, has not been found to adversely affect the benefits of the sulfur.

Organic sulfur is found in all living organisms. It is also contained in raw plant and animal foods. Itis not found in any foods which have been stored during shipping, refrigeration, or in cooked foods. Organic sulfur bonds with moisture and is therefore carried away when dehydration occurs – this is why stored, refrigerated or cooked foods no longer contain it. Also, with the introduction of the petro-chemical fertilizers in the 1930's, the benefits of sulfur were severely diminished and why you must stay hydrated and drink lots of water daily. Petro-chemical fertilizers were created to replace manure as fertilizer and to create a cash "crop"for the petro-chemical industry. The oil-based fertilizers virtually destroyed the sulfur in the soil.

In 1985, Finland became alarmed over the increasing disease rate of its population. All use of chemical fertilizers was banned, fearing the levels of cadmium, yet totally unaware of the sulfur connection. Since doing so, they have become the leading supplier of organically grown foods in Europe. They have also seen their disease rates drop to one tenth of their 1985 levels. Interestingly enough, in 1985, the U.S. was at the same disease level as Finland. Why did we not follow suit and ban the chemical fertilizers and put a lid on the highly processed foods? Well, as the theme song to Donald Trump's TV show began, "Money, Money, Money"! Do you really think that we would cease our use of profitable chemicals for our soil and our food, which involves commercial agribusiness, medicine, insurance, and genetic and designer foods? We can, however, regenerate our internal sulfur cycle with Organic Sulfur Crystals, provided that this product has not suffered the same indignities of "science"that our food supply has and continues to suffer.

The Benefits of Organic Sulfur

If you suffer from arthritis pain, MSM, or Methylsulfonymethane, is probably in your medicine cabinet. The process starts with crystals, which are then turned into powder with anti-caking agents added to it. This presents a problem for the people that buy it because when the crystals are turned into powder much of its effectiveness is lost. When the anti-caking agents are added to it, the remaining benefits are nullified. To derive the maximum benefits rom MSM, it must be in the form of organic crystals and lignin (wood) based.

Organic sulfur has a cleansing or "detoxifying"effect on the cells within the body. It allows the body to remove toxins that have accumulated in all types of cells, including fat cells. Should you feel like you are getting the flu or other symptoms where you feel like you are getting sick, understand that you are not getting sick. It is the detoxifying process and it will pass. While this is happening do not stop taking the crystals.

The suggested usage is 1 teaspoon full twice per day – one in the morning and one in the evening. This can be done in several ways: dissolved in hot water, putting the crystals in your mouth and chewing them, putting a tablespoon in a liter or quart bottle, fill it with water and drink it all day, or add it to orange juice and take it that way. I personally opted for the chewing method and then drinking orange juice. I have never tasted orange juice so sweet.