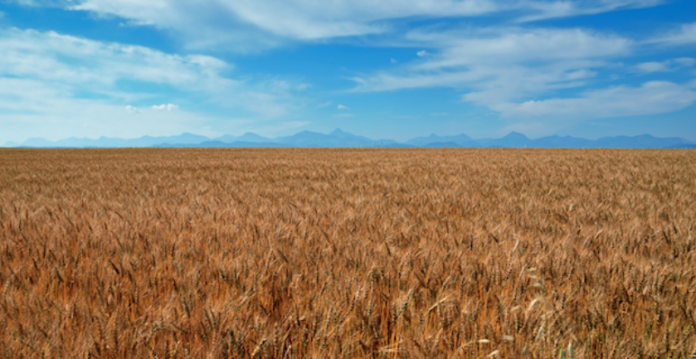 APHIS was notified in July that suspected GMO wheat had been found growing at the Montana research facility. The federal agency immediately launched its investigation. Samples tested in a USDA laboratory confirmed the wheat is genetically modified to resist the herbicide Roundup. The investigation is ongoing and APHIS is focusing on why the GMO wheat was found growing at the research facility. APHIS states that it is taking "several additional steps" to make sure that unintended GMO wheat is not growing in other U.S. locations where field trials have occurred. APHIS will inspect field trials planted this year and then conduct inspections after harvest.

The GMO wheat found at the Montana site is "significantly different" from the GMO wheat found growing at an Oregon farm in 2013, the USDA said. APHIS collected over 100 samples from businesses that bought and sold the same seed planted in the Oregon field, and from businesses that bought the harvested grain from the farmer. Despite conducting an investigation on the Oregon wheat, APHIS could not determine exactly how the GMO wheat ended up growing in the farmer's field. According to APHIS, it "appears to be an isolated occurrence," and found no evidence of GMO wheat being bought or sold in the U.S. APHIS has not deregulated any GMO wheat varieties and there are not any GMO wheat varieties either in commercial production or for sale in the U.S.

Critics of GMO crops have long been concerned about contamination of non-GMO crops. As Andrew Kimbrell, executive director for Center for Food Safety, said, "Coexistence between GE and non-GE crops is a failed policy that fundamentally cannot work. Genetic contamination is a serious threat to farmers across the country." Kimbrell added that the USDA "cannot keep treating these as isolated incidents; contamination is the inevitable outcome of GE crop technology." He calls for Congress to take "definitive action."

Last year, the Center for Food Safety, along with over 150 other organizations, sent a letter to USDA Secretary Tom Vilsack asking the agency to implement protections from GMO contamination to protect the wheat industry. "We urge you to protect U.S. farmers and the markets they supply by acting quickly to improve current policies and oversight," the letter stated.

Read about the dangers of GMOs