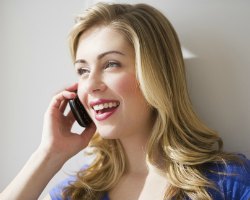 The World Health Organization’s (WHO) International Agency for Research on Cancer (IARC) recently classified radiofrequency electromagnetic fields (EMFs) as possibly carcinogenic to humans (Group 2B). This decision mirrors the 2001 IARC finding that extremely low frequency (electrical power lines and appliances) be classified as a 2B Carcinogen.

The IARC working group consists of 31 scientists from 14 countries and is part of the World Health Organization, its mission is to coordinate and conduct research on the causes of human cancer, the mechanisms of carcinogenesis, and to develop scientific strategies for cancer control. The official classification of wireless EMF as Group 2B puts wireless radiation in with 260 other substances already classified as “possibly carcinogenic to humans” this includes substances such as lead, styrene and the pesticide DDT.

This classification by the WHO was based on an increased risk for a specific type of malignant brain tumour called a glioma, a malignant type of brain tumor, which has been associated with use of wireless phones.The classification followed the Working Group’s evaluation of a large number of studies on radiofrequency electromagnetic field exposures to radar and microwaves in the workplace, environmental exposure to the transmissions of radio, TV and wireless telecommunication signals and exposure to wireless telephones.

Dr Jonathan Samet (University of Southern California, USA), overall Chairman of the Working Group, indicated that "the evidence, while still accumulating, is strong enough to support a conclusion and the 2B classification. The conclusion means that there could be some risk, and therefore we need to keep a close watch for a link between cell phones and cancer risk."

The Working Group said that a concise report containing its main conclusions will be published in medical journal The Lancet Oncology on July 1st, 2011.