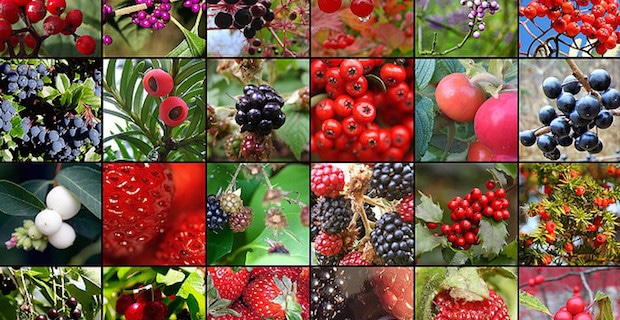 Are you familiar with Dragon's Blood? (Hint: it is NOT the secret ingredient in Gandalf's potions.) Also known as Sangre de Grado, this sap from a tree grown in Peru happens to contain the highest antioxidant content of 3,100 foods and beverages measured worldwide. Now before you run to the nearest health food store looking for this special elixir, keep in mind that there are plenty of food items with high antioxidant values.

The researchers created a large table of samples with 24 different categories including products from plants, animals and mixed foods collected over an eight year period (from 2000-2008). The categories describe how or if the food was processed (raw, cooked, dried, wild, etc.) along with the product name, brand, sourcing, and country of origin.

While antioxidant content is important for many reasons (mainly as a protection against free radicals that can cause disease and degeneration of the body), foods with low numbers don't necessarily have to be banished from your diet. Foods contain other nutrients that will round out your healthy eating regime. This scale is just a useful way to add more antioxidant rich foods into your meals.

Here are some of the results according to the categories:

A total of 278 fruits and fruit products and 303 vegetables and vegetable products were analyzed. Fruit from eight different countries ranged in value from 0.02/100mg for watermelon to the highest value of 55.5 mmol/100g for Spanish pomegranates. The following are close runner ups with high values in their category:

Vegetables varied from 0.0 mmol/100 g with blanched celery to 48.1 mmol/100 g for dried and crushed leaves of the African baobab tree. Some high antioxidant vegetables are listed below:

Nuts, Grains and Legumes had a wide variation in numbers on the scale. Here are some top picks and their scores for the different categories:

Pinto, kidney beans and lentils were at the top of the legumes standing at around 1.2. Spices to use in your recipes include the ones below:

Interestingly enough, even human breast milk was analyzed and results were 2.0 (higher than the manufactured formulas). The highest numbers came from the herbs and traditional medicine category with numbers off the charts. For example dried amla (Indian gooseberry) with 261.5 mmol/100 g. Upon closer inspection of the types of foods, there was no indication of comparison with conventional and organically grown foods. This would be an important distinction for further study considering the results of a study on organic versus conventional strawberries discovered that organic strawberries had a higher antioxidant content.

Let's get back to our superhero, Dragon's Blood, which tipped the scales at 2,897.1 mmol/100 g! Imagine how much potential a scale like this has on our food choices. You don't have to choose the best to get the best results. Pick some of the foods from the FRAP assay and start building up your antioxidant capabilities. Your body will thank you.