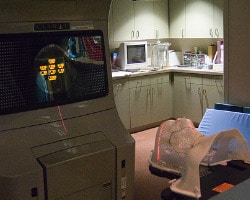 Like smog created by air pollution, electrosmog is created by electromagnetic field radiation from cell phones, wireless computers and networks, and new utility technologies like Smart Grids and Smart Meters. Electrosmog envelopes us 24-7: in our homes, neighborhoods, workplaces, even hotels and no one really knows the long-term effects on our health, or on our DNA.

The ever-expanding electrosmog is comprised of several EMF or electromagnetic radiation fields of different intensity: from ELFs (extremely low frequency fields) to “dirty electricity” — a frequency that gets on wiring in our walls from electronics that contain transformers; from compact fluorescent light bulbs and dimmer switches to RFs (radio frequencies), and a subset of RF called microwave radiation emitted by cell phones, wireless networks and portable phones.

“All these radiation fields disrupt the regulation of the nervous system in our bodies,” said Camilla Rees, during a recent interview on my radio show “Your Super Natural Life.” Camilla, founder of ElectromagneticHealth.org, is one of the foremost advocates for safer cell phone and wireless technologies, and exposes the link between electromagnetic pollution and our health. “We are electromagetic beings,” she said, “and are especially vulnerable to unnatural electromagetic fields.”

Many people are becoming “electrosensitive” due, in part, to being exposed to more and more wireless devices like computers, printers and routers, cell phones, or from living near cell phone towers or antennas. According to Camilla, electrosensitivities can show up as acute symptoms like excessive fatigue, sleep disturbances, headaches, irritability, visual problems, memory loss, difficulty in concentrating, dizziness and cardiovascular disruptions. Long-term symptoms include conditions like chronic fatigue, fibromyalgia and other chronic pain syndromes. Also, German doctors have found that newly developing cancer cases are much higher within 400 meters of a cell tower. The risk of getting cancer increased by 200% after 5 years of exposure (H. Eger et al). Another study showed that within 350 meters of a cell phone tower there was a 300% increased incidence of cancer and a 900% increase in cancer among women alone (Wolf et al, 2004). “Even though you might not be experiencing symptoms now, doesn’t mean you won’t in the future due to increased exposure,” added Camilla.

Magda Havas, Ph.D., co-author with Camilla of “Public Health SOS: The Shadow Side of the Wireless Revolution,” says that it can take just a small amount over a long period of time to be effected. “Symptoms of electrohypersensitivity have been demonstrated at exposures that are a fraction (0.04%) of U.S. exposure guidelines, in part because the guidelines themselves only take into consideration a 30-minute exposure, not chronic exposures.” Magda is also author of the new BRAG Antenna Ranking of Schools Report,which ranks U.S. schools and shows parents and teachers how to gauge the risk of radiation exposure from neighborhood antennas.

What sets people up for greater sensitivity to EMFs? Here are some factors that are known or suspected: