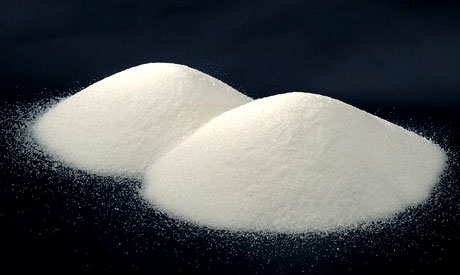 Over the past two decades, reductions in salt intake for health reasons as well as reduced use of salt in some processed foods have led to instances of iodine deficiency creeping up in a country that formerly had no issue with it at all. Iodine is a trace mineral needed for the normal metabolism of cells and production of the thyroid hormone. When the body does not get enough iodine, it doesn't make enough thyroid hormones.

Over many months of deficiency, the thyroid cells and gland may become enlarged causing a goiter, hypothyroidism, and mental retardation in infants and children of mothers who were deficient during pregnancy. Deficiencies are more common in women than men and most common in pregnant women due to the fact that they need an increased amount. Older children are also more likely to have an iodine deficiency.

Iodine poisoning is the other extreme and though it's very rare, it happens when a very high intake of iodine causes reduced function of the thyroid gland.

How much iodine do you need?

The amount of iodine you need each day depends on your age and whether or not you're pregnant. Average daily recommended amounts are listed below in micrograms (mcg), according to the National Institutes of Health.

Deficiencies occur most often in pregnant and breastfeeding women because they require an increased amount. But even still, women should talk to their doctor and have their levels tested before supplementing because of the risk of iodine poisoning. Multivitamins often offer ample amounts of iodine as well.

But most of us can get enough iodine as part of a healthy diet, especially considering that 1/4 teaspoon of iodized salt provides 650 mcg of iodine and 6 oz. of ocean fish also provides 650 mcg. Just ensure that you use salt that has iodine.

10 Ways to Get Enough Iodine Through Your Diet

*Make sure that you choose organic and local dairy free of antibiotics, hormones, and pesticide residue.