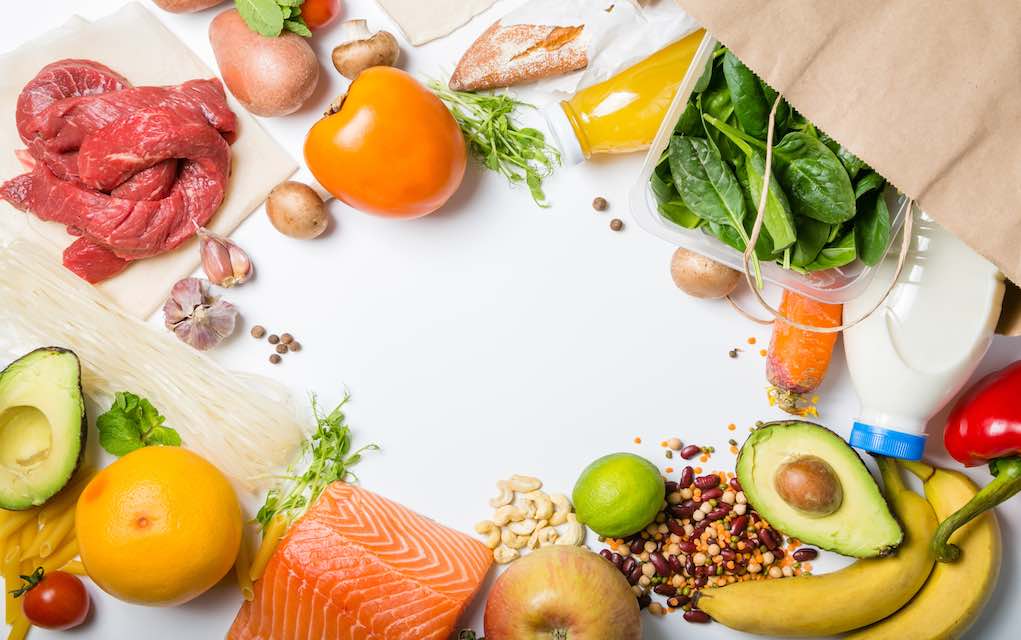 Even if you eat a healthy diet, it’s not uncommon to have nutrient deficiencies. So many factors can chip away at our ability to absorb or utilize the nutrition from the foods we eat, including emotional stress, physical trauma, environmental pollutants, advancing age, presence of certain gastrointestinal disorders, crops grown in nutritionally stressed soil, and more.

Here’s some good news. If you discover you have one or more nutrient deficiencies, you can immediately take steps to correct them. The obvious first step is to include more foods rich in the nutrient you are lacking, and the next step is to consider taking high-quality nutritional supplements.

To discover whether you are lacking in sufficient levels of certain nutrients, you can check out the typical symptoms associated with the 7 most common nutrient deficiencies below. However, you should also know you can have a mineral or vitamin deficiency and still not display symptoms. That’s why it’s recommended you see a healthcare professional to get a blood test to get an accurate picture of your nutrient status.

Not everyone agrees on the most common nutrient deficiencies, and much of that has to do with location. In some countries and areas of the world, individuals are much more likely to experience specific nutrient deficiencies than other parts of the globe. (Iodine deficiency, for example, is common in Russia, Australia, New Zealand, Mongolia, and parts of Africa but not in North or Central America, China, or much of Europe.) The following 7 nutrients are a consensus compiled from various lists.

Based on one important study, less than 10 percent of teenage girls and women older than 50 get enough calcium. Since this mineral is critical for bone metabolism and strength, heart health, tooth integrity, and nerve function, it’s safe to say we need to pay more attention to calcium intake.

Too little calcium can cause muscle weakness, fatigue, muscle spasms and cramps, numbness and tingling in the fingers and toes, wheezing, and difficulty swallowing. Over time a deficiency can result in osteoporosis (calcium works closely with vitamin D for bone health) and rickets.

Approximately one-quarter of the world’s population is deficient in iron. Those most often affected are pre-school children and women. Low levels of this mineral are probably most often associated with iron deficiency anemia, a disease characterized by fatigue, brittle nails, paleness, and shortness of breath. Too little iron is also associated with dizziness, headache, sensitivity to cold, and poor attention span.

You can get iron from both animal and plant foods, including beef, pork, fish, chicken, green leafy vegetables, lentils, soybeans, dried fruits, and fortified cereals. Iron from animal sources, known as heme iron, is better absorbed by the body than non-heme iron, which is found in plants. Eating foods high in vitamin C when consuming food with iron will greatly boost your body’s ability to absorb the mineral. The RDA for iron is 8 mg to 18 mg for men and women, respectively, for ages 19 to 50, after which it is 18 mg for both.

If you have this mineral deficiency, you are depriving your body of a nutrient that plays a role in nearly 300 enzymatic reactions in the body. Yet nearly half (48%) of Americans do not ingest enough magnesium. Low consumption of magnesium is associated with nausea, weakness, vomiting, fatigue, migraine, asthma, osteoporosis, high blood pressure, type 2 diabetes, metabolic syndrome, and colon cancer, among other health issues.

Where can you get magnesium? Fortunately, lots of foods are great sources, including spinach and other leafy greens, cashews and other nuts, seeds, beans and legumes, avocadoes, soy milk, oatmeal, bananas, and brown rice. The RDA is 400 to 420 mg for males and 310 to 320 mg for women.

Read about 9 nutritional deficiencies associated with anxiety and depression

If you are not a regular fish eater, then it’s possible you have an omega-3 deficiency. These heart-healthy fats have been shown to improve brain function, enhance heart health, and decrease inflammation. The most common and active forms of omega-3s, DHA (docosahexaenoic acid) and EPA (eicosapentaenoic acid), are found mainly in fatty fish such as anchovies, herring, lake trout, mackerel, sardines, salmon, and tuna.

Another form of omega-3s called alpha-linolenic acid (ALA) is found in plant foods such as flaxseed, chia seeds, walnuts, and canola oil. However, ALA is not effectively converted to DHA and EPA in the body, so a deficiency is possible if plants are your only source of omega-3s.

An omega-3 deficiency can be marked by joint pain, dry skin, brittle nails, trouble concentrating, and mood swings. No RDA has been established for omega-3s, but a general recommendation from the American Heart Association is to consume two servings (3.5 oz per serving) of fatty fish each week.

This vitamin deficiency is usually seen in developing countries where individuals have limited access to both preformed vitamin A and foods rich in beta-carotene. Overall, the World Health Organization estimates that more than 200 million pre-school children and pregnant women are vitamin A deficient. Vision problems, including blindness, is the most common result of vitamin A deficiency. Others include frequent infections, dry skin, and dry eyes.

The best food sources of vitamin A include sweet potatoes, beef liver, spinach, carrots pumpkin, cantaloupe, red bell peppers, winter squash, kale, collards, mangoes, dried apricots, broccoli, and Swiss chard. The RDA for vitamin A is given as micrograms (mcg) of retinol activity equivalents (RAE) and is 900 mcg for adult males and 700 mcg for adult females.

Vitamin B12 is a water-soluble vitamin that is necessary for neurological function, production of DNA, and correct red blood cell formation. Because it exists primarily in animal foods, people who are vegetarians or vegans can run the risk of deficiency. Elderly individuals are also at risk because of changes that occur in digestion with age. Symptoms of a vitamin B12 deficiency include anemia, fatigue, loss of appetite, weight loss, weakness, constipation, numbness, and tingling in the hands and feet, depression, and balance problems.

The RDA for vitamin B12 is 2.4 micrograms for both adult men and women. Food sources include meat, dairy products, fish, poultry, and eggs. Some foods are fortified with vitamin B12, including cereals, nutritional yeasts, and plant-based beverages.

Some experts say vitamin D is the most common nutrient deficiency in the world. In the United States alone, an estimated 42 percent of people have a vitamin D deficiency. Two factors, in particular, contribute to this problem. One is that the main source of vitamin D is exposure to sunlight. Many people work indoors or are not able to be outdoors enough for the body to produce vitamin D. Another factor is that few foods are rich in this nutrient. This means supplementation is often suggested.

Symptoms of a vitamin D deficiency often take time to appear and go unnoticed until something occurs, such as a fracture or a diagnosis of bone loss or osteoporosis. Vitamin D deficiency also is associated with a greater risk of getting infections and reduced immune system function.

Foods rich in vitamin D include liver, egg yolks, vitamin D enriched orange juice and soy milk, salmon, cheese, and milk. The Food and Nutrition Board has established that 600 International Units daily is adequate for individuals aged 1 to 70 years. However, numerous other sources recommend higher levels.

Nutrient deficiencies can happen to anyone, even if you are following a healthy diet. Before you make any dietary changes or start taking nutritional supplements, have your nutrient levels checked by a healthcare professional. Then you can more effectively take care of any nutrient deficiencies you may have.

[Editor's Note: Our sponsor, Pure Essence has a variety of supplements to help boost your intake of these missing nutrients including their Pure Essence Ionic Fizz ™ Magnesium.]

Subscribe to our newsletter, to learn the best ways to support your health.

Oil of Oregano: More Than a Cold Remedy

Pumpkins: Trick or Treat? 7 Surprising Things You Didn't Know About Pumpkins But Should