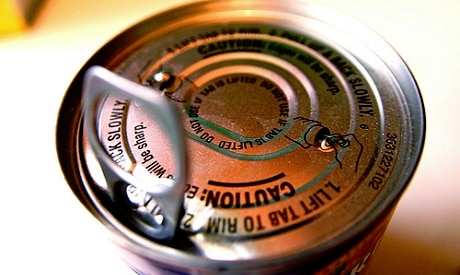 People are more aware of the dangers of bisphenol-A (BPA) and phthalates to the body than they've ever been in the past. From acting as hormone disruptors to potentially putting consumers at a higher risk of certain cancers after exposure to significant amounts of the chemicals, a lot of households across the country have made the move towards reducing their exposure to these harmful chemicals by swapping out their water bottles and banning canned foods from their pantries, amongst other measures. And it appears there is even more reason to do so as more research continues to show the dangerous side effects of these chemicals; the latest studies  link them to an increased risk of obesity in teens.

Mother Nature Network reports on two recent studies published in the journal Pediatrics that link obesity to increased chemical levels. The first study, out of New York University, looked at the levels of DEHP–a phthalate found in processed foods–in the urine of more than 750 teens between the ages of 12 and 19. Those teens that had higher levels of DEHP were found to have greater insulin resistance which could potentially lead to weight gain and a diagnosis of type-2 diabetes. A second study looked at the obesity rates in more than 10,000 children aged 6 to 18 and found that those with the highest levels of BPA in their urine were at twice the risk of being obese.

The report warns that a direct correlation can't definitively be made because it's possible that those children who were obese indulged in an unhealthy diet of processed foods, which elevated their BPA levels. Critics of the studies say that measuring the chemicals in urine is ineffective and inaccurate due to the way the body rapidly metabolizes the chemicals and excretes them via urine.

While it's not completely clear whether BPA and phthalates are causing obesity in kids or those who are obese are more susceptible to having higher levels of the chemicals in their body, either way, limiting exposure to the chemicals is going to be better for your health and for your children.