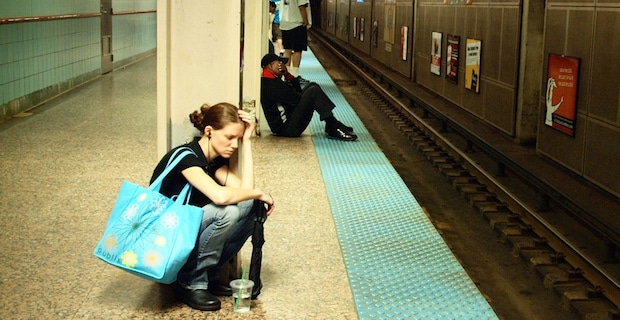 Depression cripples millions of people every year, in fact, 15 percent of the population is impacted by it. In the next decade, depression is likely to become the second leading cause of medical disability. Causes of depression include genetics, traumatic events, and stress. We’ve long known that stress triggers depression, but new research has found that it promotes ongoing sadness because it changes the brain.

It all comes down to dopamine, a neurotransmitter in the brain that brings joy, pleasure, and happiness. In a new study conducted on mice, stress was found to block the release of dopamine in the brain for an extended period of time.

Read more about diet and depression

The study, published in the journal Nature and Nature Neuroscience, used the introduction of a ball in a mouse’s cage to show how puzzle and challenge aid the release of CRF, which boosts dopamine in the brain. The mouse sees the ball, explores it, and finds pleasure. A lack of CRF and dopamine is one of the main causes of depression.

But exposing the mouse to sustained stress causes it to avoid the ball and CRF no longer aids in the release of dopamine.

According to The Wall Street Journal, “The authors showed that this is due to the effects of stress hormones called glucocorticoids. A switch has been flipped; stimuli that would normally evoke motivated exploration and a sense of reward now evoke the opposite. Remarkably, those few days of stress caused that anhedonic state to last in those mice for at least three months.”

Here’s the good news–it’s not what happens to you in life that matters, but rather, how you react to it. That means that things that seem stressful to you, don’t have to be, especially not for a sustained period of time. How fast can you bounce back from life’s stressful events? Do you sweat the small stuff? More and more research shows that the role stress plays in your life truly impacts your overall health.