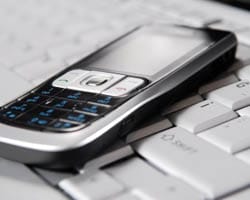 We spend thousands of dollars each year protecting our health and the health of our families. But recent evidence raises the possibility that exposure to electromagnetic fields (EMFs), often by devices in our own homes, may actually be a major threat to our health – one that we inadvertently spend money for!

EMFs are emitted from power lines, electrical wires and from the vast collection of electrical, electronic and wireless devices that fill our modern homes. Some of these include laptop computers, energy-efficient compact fluorescent (CFL) lighting, cordless phones, Wi-Fi routers and other wireless technology.

Our electromagnetic environment is an important but often-overlooked component of environmental health. Our daily exposure to EMF in the home continues to rise at an alarming rate and this dramatic increase relates proportionally to the increase in many of today's modern ailments.

EMFs can interfere with our body's natural processes including sleep, hormone production, our immune system and our ability to heal. EMFs from outside the body disrupt our body's natural balance and can play havoc with the millions of electrical impulses that the body uses to regulate all cellular activity.

The huge increase in EMF exposure we have witnessed over the last two decades can be seen to coincide with the increase in ailments such as chronic fatigue syndrome, chronic pain, tinnitus, sleep disorders, depression, anxiety and Alzheimer's disease. Recent and ongoing experiments are working to uncover the links between these ailments and EMFs.

In 2001 the Swedish government recognized the condition of Electrical Hypersensitivity (EHS) as a physical impairment and calculated that 250,000- 290,000 people (3.1 per cent of its population) suffer from a severe form of the condition [1]. In 2005 The World Health Organization issued a statement saying EMF exposure is a "growing worldwide health concern" and recognized Electromagnetic Hypersensitivity (EHS) as a “real physical condition.” [2]

An individual’s reactions to today's wide array of electrical pollutants can vary widely. The steady increase in EMF exposure has also been scientifically linked to many of today's new-age health problems including chronic fatigue, fibromyalgia as well as immune system dysfunction and neurological problems.

Many doctors and health professionals are not yet aware of the recent scientific evidence surrounding EMFs and their detrimental effect on human health.

In the last number of years our electrical power supply has become increasingly contaminated with dangerous microsurges of radio-frequency radiation called “dirty” electricity.

Professor Magda Havas, one of the world’s leading research scientists studying the biological effects of EMF believes that 35% to 50% of the population may be electrically “hypersensitive” and suffer from a variety of symptoms brought on by exposure to dirty electricity. [3]

Professor Havas has conducted blind studies using Graham-Stetzer filters to remove the dangerous low-level radio frequency radiation (4 kHz to 100kHz) from the circuits of homes and schools. Through her studies she’s linked dirty electricity in homes and schools to adverse health including increased incidents of headaches, diabetes and Multiple Sclerosis in adults and asthma and ADD/ADHD in children [4] [5]. Havas believes that “dirty electricity has biological effects.” [6]

Emerging research is indicating that wireless technology may be more dangerous than previously thought. We are now starting to hear about the dangers posed by the radiation from cellular phones, but this is only the tip of the iceberg when it comes to the hidden dangers of exposure to radio frequency radiation.

The German government issued a warning in 2007 recommending its citizens to avoid installing wi-fi networks due to concerns of the possible health effects of radio frequency radiation produced by these devices [7]. Earlier, they warned about the radiation emissions from DECT cordless portables phones [8] – these are the very same phones found in many homes today.

Protect Yourself and your Family

You spend most of your time in your home, and can experience the majority of your EMF exposure there. To protect the health of you and your family from harmful EMFs, it is a good idea to have your home inspected for dirty electricity, electric and magnetic fields and radio frequency radiation and install Graham-Stetzer filters to remove dirty electricity. At the same time you can learn how to reduce your EMF exposure using measurable, scientifically proven techniques.

[1] "Electrohypersensitivity: State-of-the-art of a functional impairment",