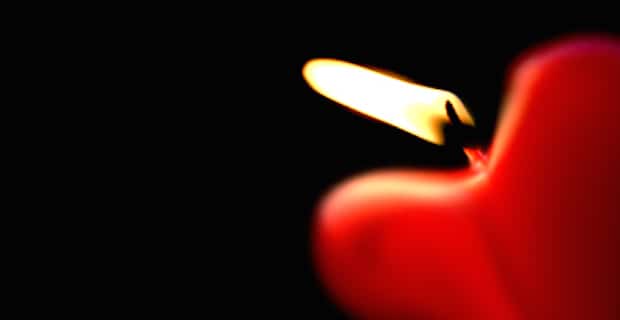 Have you ever had one of those days? Fun in the sun, a BBQ with friends, a few drinks… then suddenly you're hit with heartburn. How did it happen? What is the cause? You may be aware of some obvious reasons but there are some surprising facts that you may not know about heartburn.

Heartburn, acid indigestion or acid reflux, is an irritation of the esophagus caused by acid that flows up from the stomach. It really has nothing to do with the heart; it is a burning pain felt in the chest just behind the breastbone.

Heartburn is fairly common, but chronic, excessive heartburn can cause serious problems such as gastritis, stomach ulcers and esophageal cancer. Chronic heartburn is medically referred to as Gastro-Esophageal Reflux Disease or "GERD". It happens when partially-digested food, hydrochloric acid and enzymes from the stomach back up into the esophagus.

Read more about the worst ingredients in food

I'm sure you are now asking yourself, "Did she mean to write 'not enough stomach acid'?" I know it may sound strange but the interesting thing about heartburn is that a large portion of people with symptoms actually have too little stomach acid being produced. It is a condition referred to as hypochlorhydria and it is thought that a large percentage of the population suffers from this.

When there is not enough stomach acid, the stomach is no longer a sterile environment. This allows bacteria to colonize in the stomach, intestinal tract, and colon. The bacteria putrefy food in the stomach, which produces volatile gasses and fatty acids. This creates pressure in the stomach that is greater than the pressure exerted by the valve at the bottom of the esophagus called the Lower Esophageal Sphincter (LES). When this happens, acids from the stomach are forced up into the esophagus, like a volcano, causing heartburn.

Wondering how to test whether you are too low or too high in hydrochloric acid?

Here's a simple test: take a teaspoon of apple cider vinegar, regular vinegar or pure lemon juice on an empty stomach. If there is an immediate strong burning pain than the stomach acid is too high. If there is a mild warming sensation than the stomach acid is good. If it takes more than one or two teaspoons to feel a warming sensation, then stomach acid is too low. The more teaspoons of vinegar or lemon juice you need to feel that sensation, the lower your hydrochloric acid levels. People with low hydrochloric acid should be supplementing with it when they eat. There are digestive enzyme formulations in health food stores that have betaine hydrochloride* right in the capsule to help digest food and increase acid levels in your stomach.

When you eat and how much you eat can trigger heartburn, so simply changing your eating habits can provide relief. Eat smaller meals and make sure that you eat three to four hours before bedtime. Eating too much immediately before bed can make stomach contents splash up. When cooking, stick to grilled or steamed foods as grease can trigger heartburn. Choose lean cuts of meat, load up with veggies and salads, but avoid tomatoes as they are acidic. Use condiments such as guacamole instead of ketchup for the same reason. Choose water or iced tea instead of carbonated drinks, alcohol or coffee which trigger heartburn.

Last but not least, make some lifestyle changes: if you're overweight, lose weight; if you're a smoker, quit smoking – it stimulates acid production and relaxes the Lower Esophageal Sphincter. Exercise more, but be careful that you don't eat immediately before, during or just after. And, of course, relax. A National Heartburn Alliance survey reveals that 58% of frequent heartburn sufferers identify "hectic lifestyle" as a factor that contributes to their heartburn and 52% point to work-related stress as a heartburn aggravator. Practice deep breathing, yoga, tai-chi or another relaxing stress relief technique.

If you get heartburn daily despite lifestyle and dietary changes, please consult a physician.

*Avoid hydrochloric acid in a supplement if you have an ulcer or experience a burning sensation upon taking it.