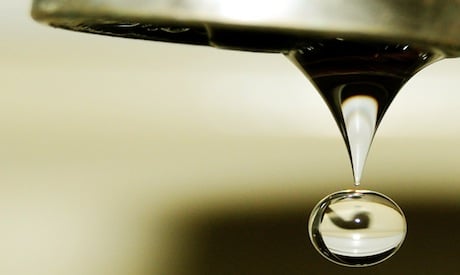 A new study links miscarriages to lead contamination in drinking water. The study, conducted by Virginia Tech College of Engineering Professor Marc Edwards, showed that miscarriages in Washington, D.C. increased during two different contamination events in 2000 to 2003 and 2007 to 2009 when tens of thousands of D.C. residents drank water contaminated with lead. The lead contamination started in 2000 by a drinking water disinfectant switch when chloramine was used instead of chlorine. That switch caused lead to be released from plumbing materials into drinking water. Officials working for the Washington Area Sewer Authority, the D.C. Department of Health and the EPA knew about the contamination, but the public didn't know about the full extent until the Washington Post published a story in 2004.

Edwards was the first researcher to document a higher incidence of childhood lead poisoning from lead contaminated water in Washington, D.C. from 2000 to 2003. His previous research on lead contamination in the nation's capital led to congressional investigations, including hearings he testified at in 2004 and in 2010. Edwards new study, published in Environmental Science and Technology, found that birth rates increased significantly from 2004 to 2006 after consumers were given lead filters for their water taps and educated on how to avoid lead-in-water exposure. The amounts of miscarriages increased 32 to 63 percent when lead contamination was high in 2001 and remained high in 2002, and didn't drop until the interventions in 2004. The amount of miscarriages increased 21 to 42 percent in 2007 to 2008 when "consumer public health protections were removed," the study stated. When public health protections were reinstated, the amount of miscarriages in D.C. decreased. The interventions also reduced the amount of childhood lead poisoning in D.C. from 2004 and on.

"Extrapolations of prior research, predicted there would be several hundred miscarriages caused by lead per year in the District of Columbia from 2001 to 2003 — the data analysis was consistent with that expectation," said Edwards. "Pregnant women consuming tap water in cities with lead service pipes and in older buildings with lead-bearing plumbing, should take health warnings of water lead exposure seriously, and consider strategies to avoid water lead by flushing, using lead filters or even bottled water," Edwards added.

Lead is commonly used in household plumbing materials and water service lines, according to the EPA, and enters tap water when plumbing materials are corroded. Homes built before 1986 are more likely to have lead pipes, fixtures and solder. The EPA recommends several ways to reduce lead exposure, including regularly running the water at each tap before use and adding faucet lead filters certified by the NSF International. The Centers for Disease Control recommends that pregnant women eat foods high in calcium, iron and vitamin C because they may help protect both the women and their unborn babies. Calcium is in dairy and green leafy vegetables like kale. Iron is in lead red meats, beans, and spinach. Vitamin C is in oranges, green and red peppers, broccoli, tomatoes and juices.