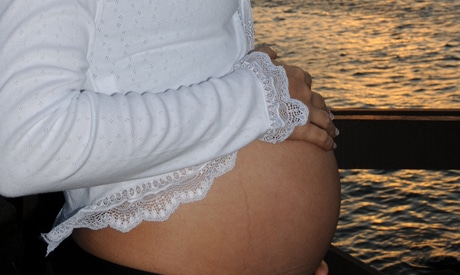 Approximately 20 percent of pregnant women develop gestational diabetes, but only about 25 percent of them are identified by doctors using traditional screening methods. Since gestational diabetes is associated with some significant health problems for both mother and child, getting an accurate and timely diagnosis is important.

To help remedy the low-diagnosis problem, the Endocrine Society created guidelines (The Clinical Practice Guideline) so healthcare practitioners can more readily identify this potentially harmful condition. An eight-member panel put the guidelines together.

What is gestational diabetes?

Around the twenty-fourth week of pregnancy, some women who have never had diabetes before develop a form of the disease known as gestational diabetes. Why? That’s a good question and one experts answer with some educated guesses.

Read more about preparing for pregnancy

One of the most likely answers is that hormones from the placenta interfere with the woman’s insulin and dramatically increase the amount of the hormone she needs during pregnancy to transport sugar into her cells. When her body fails to meet the increased need, sugar accumulates in the bloodstream and the result is high blood sugar or diabetes.

If gestational diabetes is not treated properly or promptly, excess sugar travels through the placenta and causes high blood sugar levels in the growing baby. The baby’s body responds by making extra insulin.

At the same time, the excess blood sugar can cause the baby to be abnormally large. This condition, called macrosomia, is associated with complications such as damage to the shoulders during birth, breathing difficulties, higher risk of obesity during childhood, and a greater risk of type 2 diabetes as adults.

The new guidelines recommend that:

In addition, the guidelines address women who enter pregnancy with either type 1 or type 2 diabetes. One of the guidelines for these women is to undergo a comprehensive eye examination during pregnancy to check for diabetic retinopathy.

Who’s at Risk for Gestational Diabetes?

Risk factors for gestational diabetes include the following: