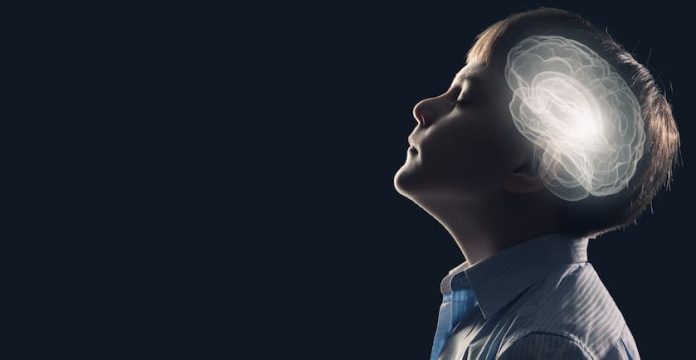 It's getting crisp outside, the leaves are turning red, and the kids are back in school. Homework and studying are the best, but there's another way you can help your child's (and even your own) brain growth and development. Nutrition plays an important role in cognitive function, and omega-3 fatty acids, whether part of the diet or taken as supplements, are key.

Each cell in our body is encased by a membrane made primarily of fatty acids, such as omega-3 fatty acids. This membrane allows the proper amount of nutrients in and ensures that waste products are removed quickly. Studies have shown, diets rich in omega-3s can result in increased learning ability, focus, memory, problem-solving skills, and communication between cells. Omega-3s have also been shown to help promote a positive mood and emotional balance, and can help people maintain healthy mental ability as they age.

There are three major types of omega-3 fatty acids: alpha-linolenic acid (ALA), eicosapentaenoic acid (EPA), and docosahexaenoic acid (DHA). ALA is converted by the body to EPA and DHA, the two types of omega-3 fatty acids that the body uses more readily. EPA is believed to play a role in the prevention of cardiovascular disease, while DHA is the necessary for proper brain and nerve development.

Research has shown that DHA has a crucial influence on neurotransmitters in the brain, helping brain cells better communicate with each other. Since 60 percent of the brain is made up of fatty acids, and the majority of this is omega-3, it stands to reason that it's very important to have a diet rich in omega-3 fatty acids for both adults and children.

In supplemental form, omega-3 fatty acids are available as softgels or as bottled liquids. Flaxseed oil is a rich source of ALA, and cod liver oil is a rich source of EPA and DHA. It's important to note that these oils are highly sensitive to damage from heat, light, and oxygen. When choosing a liquid product, look for one that is organic and that has been packaged in a dark brown or green glass jar and is refrigerated. Make sure that you store the product in your refrigerator or freezer.

Read more about the best sources of omega-3s

In capsule form, you can find products that contain lipase which is the digestive enzyme the body uses to break down the oils to their nutritive properties. You will not find lipase in the liquid form because it burns the back of the throat.

If you are concerned about mercury in fish oil supplements, look for a product that has been molecularly distilled. Molecular distillation is a process used to concentrate EPA and DHA in fish oil, and remove contaminants.

A clinical study that tested for the effects of omega-3 and omega-6 fatty acid supplementation in 117 children with ADHD found significant improvements in reading, spelling, and behavior in the children over the three months of therapy. Another clinical study found that omega-3 fatty acid supplementation helped to decrease physical aggression in school children with ADHD. More studies, including comparisons with drug therapies (such as stimulants), still need to be performed.

While the jury's still out on the benefit to kids with ADHD, for the average person, the evidence is pretty convincing to support the notion that omega-3 fatty acids are essential for good mental health.

[Editor's Note: If you want to learn more about omega-3s, click here to sign up for Naturally Savvy's Omega-3 Get Healthy Challenge.]