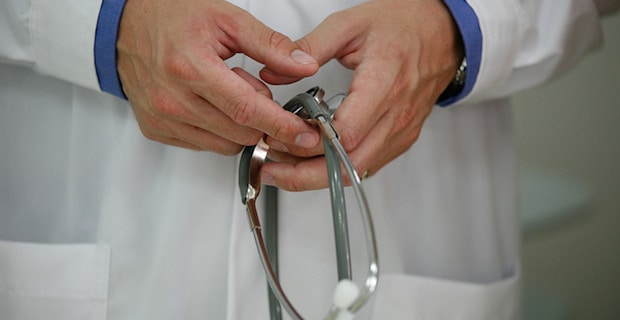 A vast majority of people who see doctors for a sore throat or bronchitis receive antibiotics, according to research at Harvard University and published in JAMA Internal. But both illnesses are usually caused by viruses, not bacterial infections, which cannot be treated with antibiotics.

Harvard University researchers analyzed a National Ambulatory Medical Care Survey and a National Hospital Ambulatory Medical Care Survey. Both found that doctors prescribed antibiotics in 60 percent of visits for a sore throat and 73 percent of visits for acute bronchitis. The rate should be 10 percent for sore throats and zero for bronchitis. Read more about alternative treatments for sore throats

Sore throats caused by streptococcus bacteria (strep) should be treated

with antibiotics, but that only amounts to about 10 percent of sore

throats. In most cases, a sore throat should be treated with rest,

liquids, and a dehumidifier.

"Also, people need to understand that by taking antibiotics for viral infections, they're putting something in their bodies that they don't need," said Jeffrey A. Linder, MD, MPH, associate professor of medicine at Harvard Medical School, associate physician at Brigham & Women's Hospital, Boston, and senior author of the study, reported on Science Daily. "Taking antibiotics unnecessarily exposes people to adverse drug reactions, allergies, yeast infections and nausea, with no benefit."

Visits to the Doctor

"You have a viral infection for which the antibiotics are not going to help, and you're putting a chemical in your body that has a very real chance of hurting you," Linder said. Side effects of antibiotics include diarrhea, vaginitis in women, interactions with other medications and more serious reactions in a small number of people.Read more about alternatives to antibiotics

According to Science Daily, "Bronchitis is an inflammation of the lining of your bronchial tubes, which carry air to and from your lungs. Bronchitis may be either acute or chronic. Acute bronchitis usually improves within a few days without lasting effects, although you may continue to cough for weeks."