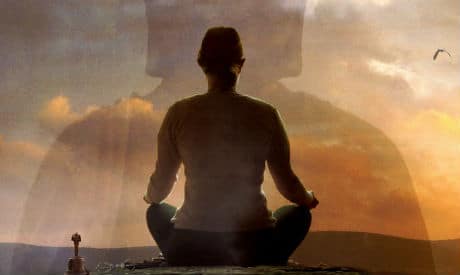 In the past decade or so the health and wellness world has seen an influx of eastern traditions into western practices. The most obvious example of this is the way in which the practice of yoga has exploded into the mainstream, with studios opening up across North America and people continually beginning to take up the discipline. Today, there are thousands of yogis in the world who have fallen in love with both the physical and mental benefits of yoga.

However, another eastern trend that has quietly begun to emerge is the practice of meditation.

Meditation is the practice of calming the mind, and where the individual works to train the mind to establish a mode of consciousness that can ultimately prove to be beneficial in a variety of ways. These benefits can include reducing stress, combatting anxiety, and increasing your levels of happiness.

Studies have shown that individuals who meditate have better success dealing with medical conditions that can include allergies, anxiety disorders, depression, fatigue, and even issues affecting their sleep habits. While its important to remember that meditation cannot replace traditional medical treatment, it can be a great tool when used in supplementation.

There are many types of different meditation practices that are beneficial depending on your specific desires and needs. These include guided meditations, mantra meditations, qi gong, or tai chi. Such forms of meditation typically tailor towards the individual preferences of practicers. For example, one with a vivid imagination may enjoy the visualization steps of a guided meditation, while someone who would prefer to have something specific to focus on might enjoy the mantra-style meditations, which focus on the repetition of a single calming word. Qi gong and tai chi are movement based, and combine low-intensity body movements with meditation.

We live in a busy and fragmented world. Our schedules are packed, we have numerous commitments and 24 hours in a day just doesn't seem to be long enough. The practice of meditation allows us to take even just mere moments for ourselves. Once developed into a consistent routine, you'll find that there's nothing you look forward to more than a few quiet moments all to yourself.