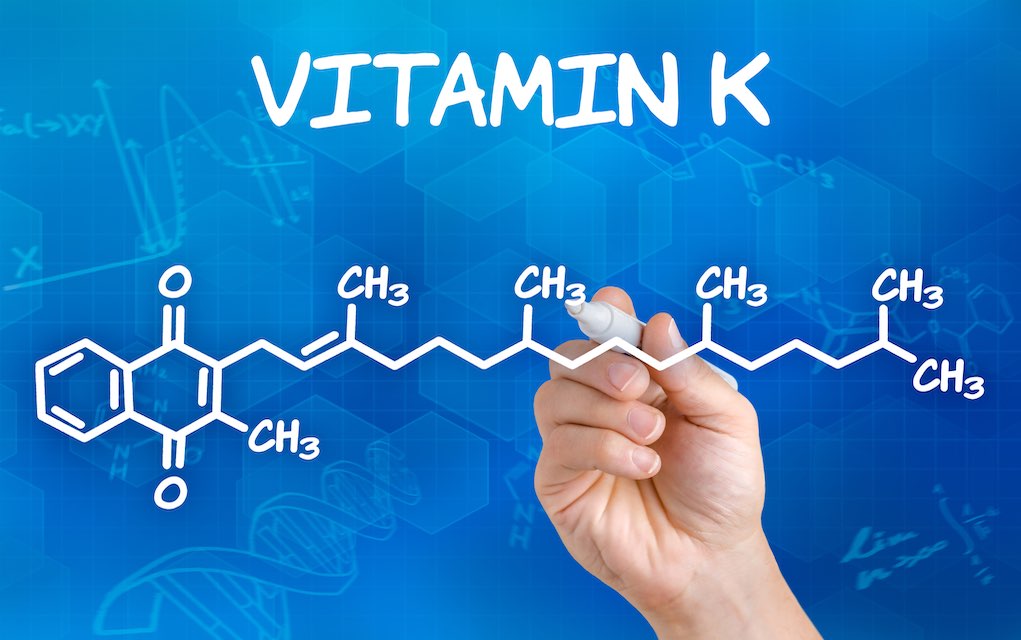 When it comes to vitamin K and its function, sources and the question of deficiency, we simply don’t hear much about it. One reason may be because vitamin K is the nutrient that helps your blood to clot but that is not the only purpose.  In fact, there are several things you should know about vitamin K, beginning with the fact there are two forms of the vitamin that are typically discussed: K1 (phylloquinone), which is found in leafy green veggies; and vitamin K2 (menaquinone), which is found in fermented foods and animal products. We are going to focus on the latter.

The Function of Vitamin K1 and Vitamin K2

When vitamin K was discovered in the 1930s and two forms of the nutrient (K1 and K2) were identified, experts thought there were merely structural differences between the two forms. However, more recent research has shown that these two types are significantly different.

For one thing, deficiency of vitamin K1 is rare, but that’s not true for K2. Another difference concerns their functions. For example, an animal study showed that vitamin K2, but not K1, reduced calcification in blood vessels. Some studies in people have indicated that vitamin K2 can improve bone and heart health, but that K1 does not.

Vitamin K1 is found in plant foods, especially leafy greens, while K2 is in fermented and animal-based foods. Of the two, K1 is best at supporting blood clotting; K2 shines when it comes to other health benefits, which are listed below.

Vitamin K2 has been subcategorized into various menaquinones, ranging from MK-4 through MK-13, based on their structure. Among the most studied of these groups are MK-4 and MK-7. MK-4 appears to be better at protecting your tissues from cancer, calcium deposits, and sex hormone production. MK-7 is good at reaching bones and supporting their health while also improving hormonal and metabolic function and supporting blood clotting.

Vitamin K2 can benefit health in the following ways:

May help fight cancer. The findings of several studies have indicated that vitamin K2 may reduce the risk or recurrence of certain types of cancer. One study of liver cancer, for example, found that individuals who had hepatocellular carcinoma and who took vitamin K2 following surgery had a significantly lower recurrence rate than did those who did not take the nutrient postsurgery. Another study of liver cancer patients showed that taking vitamin K2 after surgery resulted in better recurrence as well as disease-free survival rates than among those who did not take the supplement.

Vitamin K2 also appeared to be beneficial for men with prostate cancer. Among 11,000 men, those who took a high dose of vitamin K2 showed a significantly lower (63%) risk of advanced prostate cancer when compared with men who took vitamin K1.

Assists in enhancing bone health. Vitamin K2 kick starts the calcium-binding function of matrix GLA protein and osteocalcin (also a protein), which in turn helps build and maintain bone health. In a meta-analysis of seven long-term studies of Japanese women, the reviewers found that only one of 13 trials did not significant improvement among women who took vitamin K2 supplements. In seven of the trials, use of vitamin K2 reduced spinal fractures by 60 percent, hip fractures by 77 percent, and all non-spinal fractures by 81 percent.

Fights skin aging. One of the main components of skin is elastin. Researchers have found that elastin is calcified when there is a lack of sufficient vitamin K2, which activates matrix GLA protein. Therefore, getting sufficient vitamin K2 may be instrumental in preserving healthy skin as we age.

Helps stop varicose veins. Calcium deposits in the veins has been shown to contribute to the development of varicose veins. Sufficient intake of vitamin K2 may help prevent these unsightly veins.

Food and Other Sources of Vitamin K2

Some of the vitamin K1 we consume is converted to K2; specifically MK-4. However, experts are not certain about the effectiveness of this conversion. Therefore, it is recommended you get your vitamin K2 from a wide variety of foods—leafy greens as well as fermented foods (e.g., hard cheese, natto, kefir, fermented veggies, sauerkraut, miso, yogurt, kimchee), hard and soft cheeses, and prunes. Adequate Intakes (AIs) for vitamin K have been set at 90 micrograms for women and 120 micrograms for men.

Mizuta T et al. The effect of menatetrenone, a vitamin K2 analog, on disease recurrence and survival in patients with hepatocellular carcinoma after curative treatment: a pilot study. Cancer 2006 Feb 15; 106(4): 867-72