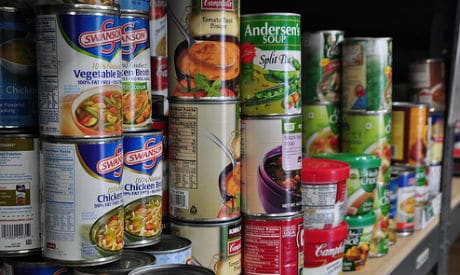 Wouldn’t it be nice if we could blame excess body weight-or at least, some of it-on something other than ourselves, say like the environment? If the obesogens hypothesis is correct, perhaps we can. Over the past decade, research has found that exposure to natural and synthetic endocrine-disrupting chemicals in our air, water and food, may predispose us to become obese. Known as obesogens, these chemicals interfere with our natural hormones-and consequently metabolism-either by mimicking their actions or by blocking their normal actions. To date, 20 chemicals have been confirmed to be obesogens, including certain pharmaceutical drugs (such as SSRIs), pesticides, BPA, and PFOA, but researchers suggest that it’s only a matter of time before others are identified as well.Read more about BPA and obesity

The term was coined by UC Irvine biologist Bruce Blumberg, who has identified how exposure to obesogens prenatally alters genes to turn more precursor cells into fat cells, predisposing us to a lifetime of struggling with weight.

They are all around us-in our food, water, and body care products. A few common sources of obesogens include:

A synthetic estrogen used to harden plastics, BPA is found in plastic bottles and the lining of most canned foods. Laboratory research has found BPA accelerates fat-cell differentiation and causes insulin resistance. The solution? Use BPA-free water bottles and plastic products (especially those intended for children), and avoid buying canned goods unless they are clearly labeled BPA-free. Store foods and liquids in glass and stainless steel containers rather than in plastic containers. Minimize your handling of cash register receipts and recycled toilet paper-both of which can contain traces of BPA.

A 2010 study published in Environmental Health Perspectives found that children with higher phthalate levels in their bodies experienced stunted growth. These hormone-disrupting chemicals are found in personal care products and vinyl.

Even minimal exposure to pesticides can mess with our hormones. A study conducted on mice found the fungicide triflumizole pushes genes and cells toward becoming fat cells. In 2005, Spanish scientists reported that the more prenatal exposure to pesticides children had, the greater their risk of being overweight as toddlers. Similarly, in Belgium, children with higher exposure to PCBs and DDE before birth became more overweight than children exposed to lower levels of the pesticides. Pesticides that make their way into tap water can affect thyroid hormone metabolism and stimulate fat cell production. The solution? Buy organic food-dairy products, meat, fish, produce, cereals and grains. Grow your own pesticide free vegetables and fruit, and drink filtered or reverse osmosis water.Read more about pesticides

Found mainly in non-stick (Teflon) pots and pans, PFOA is also found in microwave popcorn bags and the packaging of other microwavable foods. Animal studies have shown that early exposure to the chemical leads to obesity in later life. It also is known to affect the thyroid gland, which plays an important role in regulating metabolism. The solution? Buy eco-pans that are not made from Teflon or non-stick coatings, and are labeled PFOA-free. Many popcorn makers have removed the PFOA from their packaging, but read labels carefully before buying.

Babies born to mothers who smoked throughout their pregnancy are at increased risk of premature birth and obesity as they grow. The solution? Don’t smoke, especially if you’re pregnant, and avoid secondhand smoke.