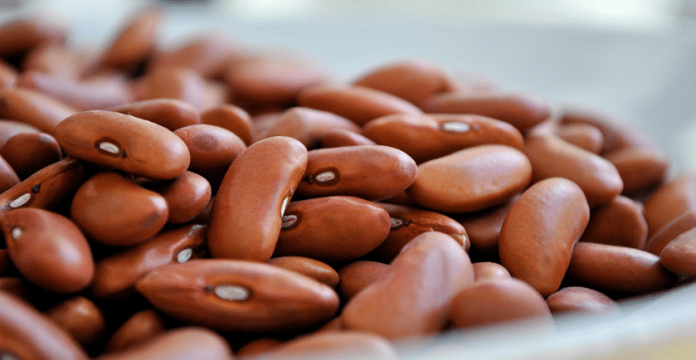 The Environmental Working Group provides consumers with the Dirty Dozen List every year, listing which fruits and vegetables are harboring the most pesticides. However, there are scores of other fruits and vegetables, as well as grains, nuts, and seeds that are contaminated as well. Many of these foods have been treated with or exposed to dozens of pesticides, herbicides, and fungicides shown to be hazardous or potentially toxic to human health.

One blatant example of this contamination is glyphosate, which has the distinct label of being “the most heavily-used agricultural chemical in the history of the world.” Since it was first introduced to the United States in 1974, 1.8 million tons of glyphosate have been used on its crops, and two-thirds of that amount have been applied in just the last decade.

According to the Alliance for Natural Health International, the US Department of Agriculture doesn’t test for residue levels of glyphosate (the active ingredient in Roundup) in food crops because it considers the herbicide to be “safe.” Among the foods with the highest maximum residue levels (MRLs) permitted in the United States are GMOs, cereal grains, oil seeds, and dried legumes.

But glyphosate isn’t the only ingredient in Roundup that is toxic to humans. Among the so-called inert substances in the herbicide is polyethoxylated tallowamine (POEA), which has been shown to be “more deadly to human embryonic, placental and umbilical cord cells than the herbicide itself.”

In fact, it appears that the combination of glyphosate and POEA is especially dangerous. A study published in the Archives of Toxicology noted that Roundup damages human DNA even when it has been diluted to concentrations that are 450-fold lower than what is used on crops. According to Sayer Ji, founder of Greenmedinfo.com, “This effect could not have been anticipated from the known toxicological effects of glyphosate alone. The likely explanation is that the surfactant polyoxyethyleneamine within Roundup dramatically enhances the absorption of glyphosate into exposed human cells and tissue.”

Naturally, glyphosate and POEA are not the only dangerous chemicals lurking in our food supply. Hundreds of others are used on food crops in the United States and around the world, and many of them carry neurotoxic, carcinogenic, reproductive, developmental, and hormone disruptive properties.

Read about 13 reasons to avoid pesticides

With that introduction, here are 13 foods to avoid that are not on the Dirty Dozen list. More accurately, you should avoid these foods unless you can't find organic products. All of the information below is courtesy of the USDA Pesticide Data Program (from What’s On My Food?) except for the first four entries.

1. Dried beans and peas (legumes). Foods in this category include the dozens of different types of beans, split peas, and lentils, all of which are allowed to have high residue levels of glyphosate.

2. Cereal grains. Heavy use of Roundup is common on cereal grains, which include barley, buckwheat, millet, oats, rice, rye, sorghum, and wheat.

3. Seed oils. High maximum residue levels of glyphosate are allowed in many seed oils, including sunflower and cottonseed. It’s best to always choose oils made from organic seeds.

4. Pumpkin. This member of the squash family is extremely efficient at absorbing nutrients-and pesticides-from the soil, so you definitely want to choose organic pumpkins if you plan on eating the flesh or seeds. Pumpkins are heavily treated for insects, molds, and diseases.

Mercola.com. Roundup and glyphosate toxicity have been grossly underestimated

What’s On My Food?