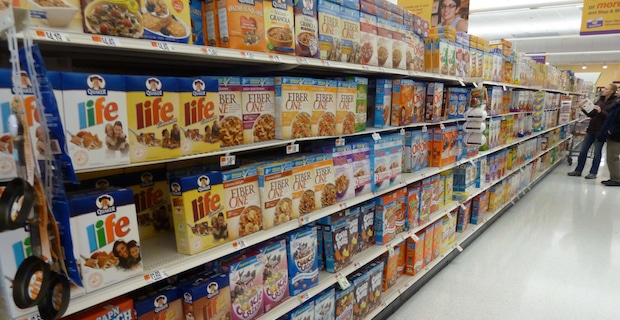 We all know there’s a lot of unhealthy food out there. But it’s not all gloom and doom. The food industry is listening to consumers and making changes. What can we expect to see in 2015? Have a look at some of the changes already underway in our food.

1. Whole Grains: Whole grains have been around forever, but thanks to consumer demand, you’re going to find them in a lot more foods and restaurants. Whether it’s a return to whole wheat bread or Cheerios’ Ancient Grains cereal, keep your eyes peeled for these healthy, whole foods.

2. Less Sugar/HFCS: Major soda companies Coca-Cola and Pepsi have both been trying out stevia-sweetened beverages as well as replacing high fructose corn syrup with “real” sugar in some offerings. But they’re not the only brands reducing or replacing sugar. Pay close attention to your favorite food labels as the sugar counts may be dropping.

3. “Clean Meat”: While I’m not one to advocate eating any type of meat, I know there’s a world of meat-eaters out there who want better meat. The food industry hears you. Chipotle has long been promoting its cleaner meat and now Carl’s Jr. is offering a natural burger while chicken producers Tyson and Perdue have removed antibiotics from their chicken hatcheries. If you eat meat, keep an eye out for the clean offerings and demand more of it.

4. Vegan Friendly: As noted above, meat’s not on my table, and apparently I’m not alone. Whether it’s the VB6 Diet (vegan before 6 pm), Meatless Mondays or just a renewed love for vegetables, the vegan food market is booming. White Castle just launched veggie sliders and most major restaurants are upping their salad and vegan offerings. Even if you do still eat meat, eating more vegetables can’t hurt.

5. Fewer Artificial Ingredients: Love her or hate her, the blogger Foodbabe (Vani Hari) has helped major food chains embrace cleaner ingredients and ditch the controversial artificial colors, flavors or preservatives. Subway, Panera and Chick-fil-A all recently dropped some artificial ingredients from menu items and we expect to see a lot more soon.