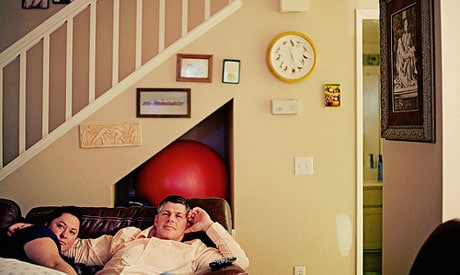 A good documentary has a way of embedding itself into your heart and in effect, changing the way you view the world. Often times, documentaries give the little guy a chance to tell their side of the story. And for a local, organic, and health food movement that's up against an industrial machine, they've served to change the tides and have their voices heard. And once you know, you can't go back. Food is one of the most direct ways that you can impact your own health and the health of the planet, so it's no surprise that by changing your diet, you can change your world.

Food can be our medicine and according to Forks Over Knives, the single biggest thing that we can do to alter our health outcomes is to eat a plant-based diet. The movie highlights both research and real life stories of people that have rid their bodies of chronic disease just by giving up meat and dairy.

The way we eat has changed more over the past 50 years than it has in the previous 10,000 years. Manufacturers want our food "faster, fatter, bigger, and cheaper" and they'll do just about anything to extend their profits. This is a story of how Big Ag controls our food system and they'll go to great lengths to keep it that way. It also empowers the consumer to protest with their dollars and stick to local and organic foods.

This is the story of an overweight Joe Cross who "likes to tackle his demons head on" so he goes on a 60 day juice fast to lose his excess weight and take over his health. Along the way he empowers a grossly overweight man to jump on the bandwagon successfully. If this won't entice you to juice, nothing will.

Did you know that pretty much everything on your plate is corn? It's true, especially if you eat the standard American diet. Two documentarians take a closer look at how "corn is the raw material for our overweight society". Why has corn taken over our diet and what can we do about it?

Micro brewers are fighting against a behemoth. It's ground warfare to get to more consumers against three beer giants: Budweiser, Miller, and Coors. The documentary shows what they're up against on a daily basis and why they are often at such a disadvantage. But they're changing minds with taste and high quality ingredients one sip at a time.

This is a story about how one man can devote his entire life to perfecting an art. In his case, the art of sushi. It chronicles the life of Jiro Ono, the most famous sushi chef in Tokyo. At 85-years-old, Jiro shows how passion and a gift make for incredible sushi. It's also a lesson in what it means to truly overcome all odds and succeed. Have you changed your mind after watching a certain documentary? If so, what was it?