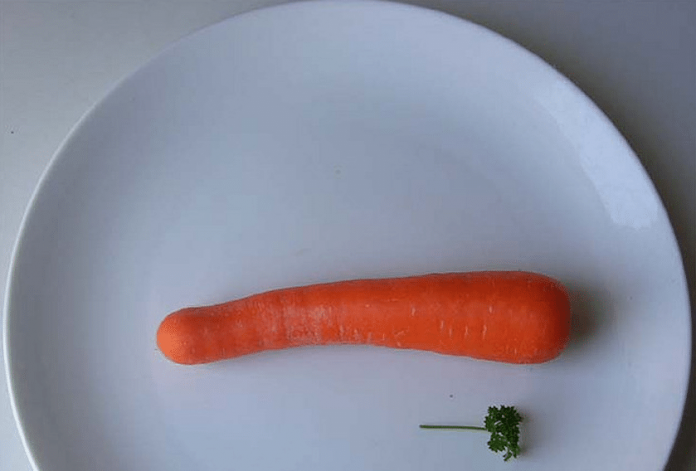 The road to a healthier brain may not be via what you eat but by what you don't eat; that is, through intermittent fasting. The author of a 2014 study out of the National Institute on Aging Intramural Research Program in Baltimore stated that "reversal of the epidemic of diseases caused by unchallenging lifestyles will require a society-wide effort to re-introduce intermittent fasting, exercise and consumption of plants containing hormetic phytochemicals into daily and weekly routines."

If you are wondering about the "re-introduce" part of this quote, it is referring to our predecessors who lived in an environment in which they were constantly challenged by scarcity of food along with the need to seek food and escape from attackers. Contrast that existence with today's, where we pick up items at the grocery store, get lunch at a drive-through window, and are waited on in restaurants.

What is intermittent fasting?

An increasing amount of research is showing that intermittent fasting can help brain function and slow aging. The definition of intermittent fasting is that it can actually be practiced in various forms. For example, for some people it means eating regular meals five days a week and then reducing their caloric intake on the other two days to about 500 calories. For others, it means limiting their food consumption every day to a specific 4-, 6-, or 8-hour window.

Intermittent fasting does not involve starving yourself, and you are encouraged to eat healthy foods in reasonable amounts. What it does do, however, is:

Intermittent fasting and the brain

Among the numerous health benefits associated with intermittent fasting is improved brain health and protection against dementia. According to Mart Mattson at the National Institute on Aging, research in animals has shown that "if we start an intermittent fasting diet at what would be the equivalent of middle age in people, we can delay the onset of Alzheimer's and Parkinson's."

For example, a new (December 2015) study in Biogerontologylooked at the effect of 12 weeks of intermittent fasting dietary restriction on middle-age rats. The authors observed an improvement in motor coordination and learning response along with a decline in oxidative damage to proteins. They also saw a downregulation in a factor involved with inflammation (nuclear factor kappa B). The scientists believed their findings provided insight into how modest intermittent fasting during middle age can slow down or prevent disruption of brain function and promote healthy aging.

According to Mattson, the reason why intermittent fasting benefits brain function is associated with a protein called brain-derived neurotrophic factor, or BDNF. This protein has been shown to be involved in both brain and muscle functioning.

Mattson's research suggested that when you fast every other day and consume about only 600 calories on fasting days, production of BDNF is significantly increased. This protein triggers brain stem cells to transform into new brain cells as well as activates other chemicals associated with neural health.

Read about fasting and detox

If you combine intermittent fasting with exercise, you can reap even more benefits for your brain. This combination activates muscle regulatory factors, a type of growth factor that causes brain stem cells and muscle satellite cells to transform into new brain cells and new muscles cells, respectively.

Yet another way intermittent fasting can improve brain health is through your gut. Perhaps you are familiar with the gut-brain axis, which refers to the biochemical messaging that occurs between the gastrointestinal tract (gut) and the central nervous system (brain). It's been shown that the microbiota (microorganisms) in the gut have an impact on brain function, including cognition, mood, and pain.

Read more about the gut-brain axis

Intermittent fasting helps support and enhance the beneficial bacteria living in your gut. Not only will this support improve your digestive and immune systems but your brain function-attention, concentration, clarity, and memory-as well.

If you would like to adopt an intermittent eating lifestyle, you should consult with your healthcare provider first, especially if you have any chronic health conditions such as diabetes, gastrointestinal disorders, or thyroid problems and/or if you are taking medication. Devise a plan that meets your needs and then start slowly. Intermittent fasting can be an effective way to support brain health and function as well as promote overall health.