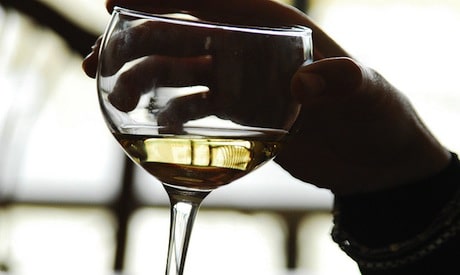 A new study published in Nutrition Journal has found that white wine, beer, and Brussels sprouts are dangerous sources of arsenic. Researchers looked at the diets of 852 people in New Hampshire and then checked the levels of arsenic in their toe nails. Of 120 foods, researchers found that beer, white wine, Brussels sprouts, and dark meat fish like salmon, tuna, and sardines were the most significant sources of arsenic.

Long time arsenic exposure, even in low doses, has been shown to increase the risk of bladder, lung, and skin cancer. Trace amounts of arsenic in the body interfere with the  tumor suppressing hormone glucocorticoid while damaging lung cells. Arsenic is also linked to an increased risk of type 2 diabetes and heart disease.

Read more about arsenic in food

The highest levels in study participants were .12 micrograms, though it's unclear what level of arsenic in toe nails is considered safe. People who drank 2.5 beers or 1 glass of white wine per day had on average 20-30 percent higher levels of arsenic. Levels may be higher because it may be added during the filtration process to make the product more sparkling and clear.

"The mechanisms that our bodies use to try to get rid of the stuff that is not good for us can be impaired by alcohol consumption," said study author Kathryn Cottingham, a researcher at Dartmouth College in New Hampshire to Live Science.

In 1974, Congress passed the Safe Drinking Water Act which regulates municipal water supplies and ensures that they're constantly tested to meet the required level of no more the 10 parts per billion. But in February 2000, NRDC compiled data from drinking water in 25 states and found that 34 million Americans were drinking water with unsafe levels of arsenic. This is largely because private water supplies are not tested.