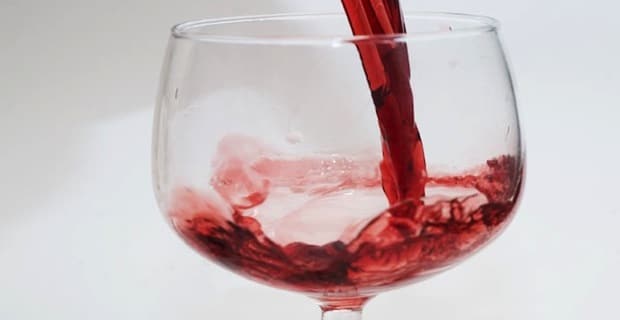 Red wine is the only vice some health-conscious people will permit themselves-after all, since the early '90s, the elixir has been touted as a health food. Studies continue to prove that resveratrol, an antioxidant found in red wine, protects against cancer, heart disease, is anti-aging and may even extend your lifespan. There may be a few surprises hiding under the cork, however. Incidental ingredients like pesticides, allergens and animal proteins may be contaminating your wine.

The Environmental Working Group detected pesticides on 86 percent of the imported grapes they surveyed, and 77 percent of grapes were contaminated with two or more pesticides. Closer to home, most California wine grape growers rely on chemicals: Almost 21 million pounds of pesticides were applied on California grapes in 2003 according to the Pesticide Action Network (PAN).

Sulfites, an allergen that may cause breathing problems in sensitive individuals, are another common consumer concern. Although sulfite or sulfur dioxide (SO2) is commonly added to wine as a preservative, antimicrobial agent and antioxidant, sulfites naturally occur in wine as a by-product of fermentation. The label will indicate "Contains Sulfites" if the total sulphites in a wine are above 10 parts per million. A wine labelled "Sulfite-Free" or "NSA" (for "No Sulfites Added") must not have any detectable sulfites.

Fining, the ancient winemaking practice that clarifies and stabilizes wine, is of particular concern to vegans and vegetarians. The process uses agents that pass through the wine, attach themselves to solid matter and sink to the bottom of the barrel. Common fining agents may include animal proteins like egg whites, casein, chicken, fish or gelatin, or non-animal ingredients like pea protein isolate, hydrolyzed wheat gluten isolate and bentonite clay. Although these fining agents are separated from the wine before bottling, a substance like wheat gluten may contaminate the wine.

Read more about arsenic in beer and wine

The best way to avoid these concerns and enjoy the benefits of resveratrol is to purchase organic wine. According to the Organic Consumer Organization, organic foods may have up to 30 percent more cancer-fighting antioxidants than non-organic foods. This is true for wine as well-organic wines average 32 percent higher resveratrol levels than conventional wines.

Look also for a "Sulfite-Free" or "NSA" label when purchasing organic wine, as wine labeled "Made with Organically Grown Grapes" must be made from organic grapes may or may not contain added sulfites.

Keep in mind that organic, sulfite-free wines are less stable than wines with added sulfites, so they're best consumed within two to three years.

Notwithstanding the reported benefits of red wine, alcohol can impact the liver, raise estrogen levels affecting hormones, and has been linked to cancer. Please drink responsibly and in moderation.