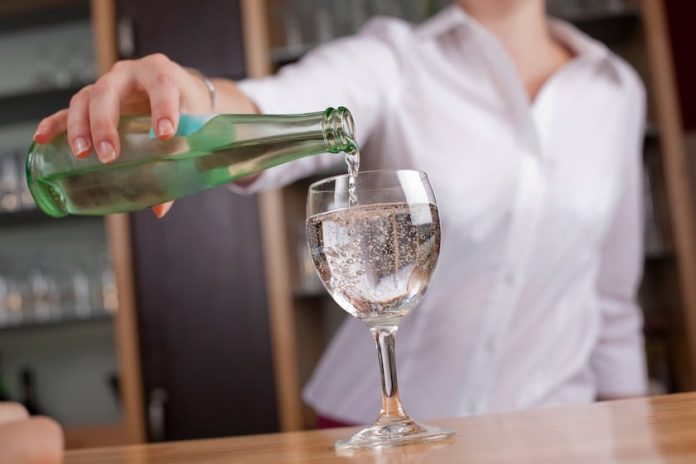 The health hazards associated with carbonated sodas and other sugary fizzy beverages have been publicized for years. Visions of calcium being leached out of our bones due to the phosphorous in sodas come to mind. Yet it can be a challenge to steer clear of these sweet drinks, and that is especially true when it comes to kids. One possible option is to offer them carbonated mineral water, but is it safe to drink?

Read about soft drinks linked to aggression in children

Before we begin, let's get a few terms clear.

Carbonated water (aka, sparkling water) is water that has been infused with carbon dioxide gas under pressure. The result is a beverage that is bubbly and also known as club soda, sparkling water, soda water, seltzer water, and fizzy water. A small amount of salt is traditionally added to these beverages (except seltzer water), while various other minerals may be added as needed.

Carbonated water and your digestive tract

First of all, carbonation is a process that involves adding pressurized carbon dioxide gas to plain water. When this is the only addition being made, then there is no risk of health problems.

It appears carbonated water may actually help your stomach. In fact, one study found that people who drank carbonated water were less likely to experience indigestion and also had less constipation than those who drank only still water. However, if you have acid reflux, you are advised to skip any carbonated beverages because it can make symptoms worse.

Carbonated water and your bones

Research has shown that drinking soda, especially colas, is associated with lower bone mineral density and thus weaker bones. That's because the loss of calcium and other minerals is associated with the presence of the phosphorus in colas. This finding was reported in a 2006 study that involved 2,500 people.

In fact, poorer bone health is not associated with the carbonation in beverages. Researchers have found that among women, drinking carbonated water versus non-carbonated water resulted in no difference in bone mineral density between the two groups. Therefore, you can likely drink carbonated water without worrying about leaching calcium and other minerals from your bones.

Carbonation and your teeth

Carbonated mineral water should have no negative impact on your teeth if it does not contain any added sugar or citric acid. If it does, these substances may cause erosion of your tooth enamel as well as have the potential for a carcinogenic effect.

Should you make your own flavored carbonated water?

When you read the ingredient labels of the carbonated flavored water on the market, you will likely see additive such as sodium (i.e., club soda), sweeteners and flavors (i.e., tonic water), and others such as citric acid, natural sweeteners, sodium, and/or caffeine (i.e., flavored sparkling water).

Read about how to make your own natural soda recipe

Are there benefits to drinking carbonated water? They appear to be the same as those associated with drinking non-carbonated water, which are keeping you hydrated, helping prevent constipation, reducing appetite, and being a source of minerals that can boost your bone and teeth health (depending on the minerals present in your water supply).

If you and your kids are looking for a healthy alternative to soda, then naturally flavored carbonated mineral water can fill that request. If you make your own, be sure to use organic fruits and vegetables and don't waste them! Toss them into a smoothie after you have steeped them in the mineral water.

Butler N. Is carbonated water bad for you? Healthline 2017 Aug 11