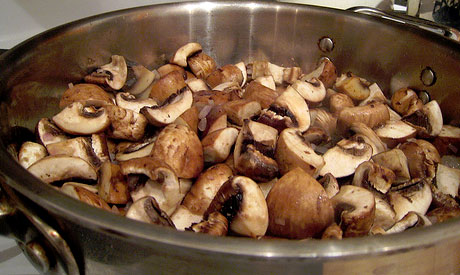 When it comes to the versatility of the plant kingdom, you can't really beat the mushroom. They taste great raw in salads, or sautéed and cooked in stir fries. Unfortunately, mushrooms seem to be a bit under appreciated in this sense, as they are more often than not consumed on slices of Scary Seven-containing pizza or dipped into salad dressings loaded with high-fructose corn syrup. However, when eaten the right way, mushrooms can be a great source of phytonutrients and can also help strengthen your immune system. And new research has also indicated that mushrooms can also be a great source of vitamin D.

The study was led by researchers from Boston University School of Medicine (BUSM) following 30 healthy adults. They were given capsules "containing either vitamin D2, vitamin D3, or mushroom extract – finding that either capsules containing 2000 International Units (IU) of vitamin D2, 2000 IU of vitamin D3 or 2000 IU of mushroom powder containing vitamin D2 once a day for 12 weeks during the winter – finding that 25(OH) D levels were similar for those individuals consuming vitamin compared to the mushroom extract."