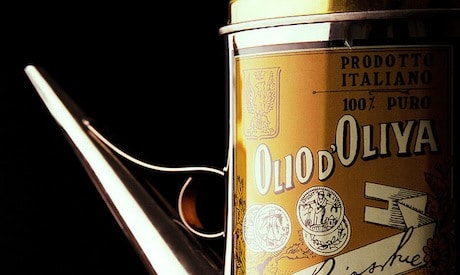 If there's one cooking oil that appears to be the gift that keeps on giving (health wise, of course), it's olive oil.

We know that olive oil can lower your risk of developing heart disease because of its monounsaturated fatty acids, and it can also help lower your total cholesterol. And, a new study has come out indicating that foods made with olive oil in place of other fats could actually increase feelings of satiety and help keep you feeling fuller longer.Read more about cholesterol

The study comes from a group of scientists in Germany and Austria who compared the effects that different cooking oils had on increasing or decreasing feelings of fullness. Led by Professor Peter Schieberle from the Technische Universitat Munchen in Germany, and Professor Veronika Somoza from the University of Vienna in Austria, the researchers gave participants a low-fat yogurt with butterfat, lard, rapeseed oil or olive oil.

The study showed that olive oil had the biggest effect on fighting off hunger by keeping the participants feeling full.  FoodNavigator.com quotes Schieberle as saying, “Olive oil had the biggest satiety effect.” He then went on to add, “The olive oil group showed a higher concentration of the satiety hormone serotonin in their blood.”Read more about healthy cooking oils

Further studies on the researchers part concluded that it was the aroma compounds found in olive oil that were increasing the feelings of fullness for the participants. The follow up study gave the yogurt again to two different groups, although this time one of the yogurts was only enriched with olive oil aroma extracts. The results concluded that the group who ingested the aroma extracts consumed the same amount of calories throughout their day, while the group who ingested the plain yogurt ate a total of 176 extra calories per day. Schieberle concluded, “The aroma group adapted their eating habits – but the control group participants were unable to do likewise.”

So, there you have it, another reason to add a little more olive oil to your diet.