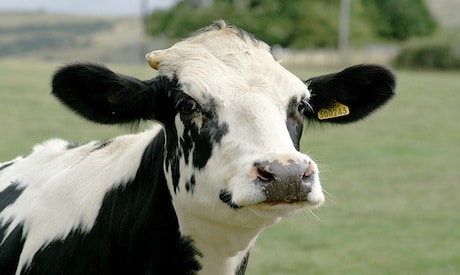 The study, published in the online journal PLOS ONE, is the first large-scale nationwide comparison of organic and conventional milk. Researchers tested almost 400 milk samples over an 18-month period from commercial milk processors. They found that all individual omega-3 fatty acid concentrations were higher in organic milk, including alpha-linolenic acid (ALA) (60 percent), eicosapentaenoic acid (32%), and docosapentaenoic acid (19%).

The researchers also found that both types of milk had more ALA than fish, with conventional milk having about nine times more while organic milk had about 14 times more. “We were surprised to find that recommended intakes of full-fat milk products supply far more of the major omega-3 fatty acid, ALA, than recommended servings of fish,” said co-author and WSU research associate Donald R. Davis.

The reason for the increased omega-6 and decreased omega-3 is the increased amounts of soybean, corn and safflower oils and fried foods in American diets while fish and other sources of omega-3 fatty acids have decreased. The diet of dairy cows is another reason. While the diet of organic cows comes from pasture and forage-based feeds, which are rich in omega-3s, and the diet of conventional cows is from grains.

Researchers were surprised by the differences in organic versus conventional milk. As WSU researcher Charles Benbrook, the study’s lead author, said, “We were surprised by the magnitude of the nutritional quality differences we documented in this study.” Benbrook added that “simple food choices can lead to much better levels of the healthier fats we see in organic milk.” Or as the study concluded, “Consumers have viable options to reduce average omega-6/omega-3 intake ratios, thereby reducing or eliminating probable risk factors for a wide range of developmental and chronic health problems.”