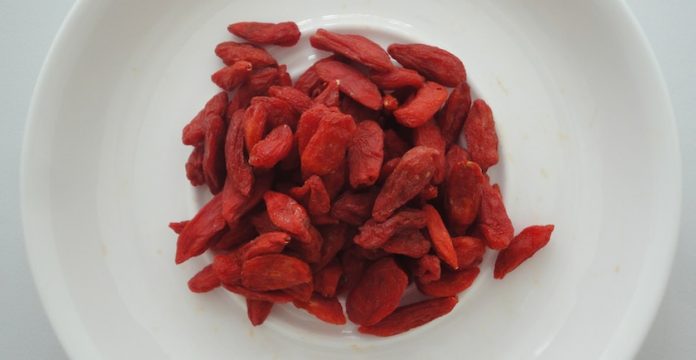 If you love berries and haven’t tried goji berries (Lycium barbarum), or even if you have eaten them but don’t know a lot about them, then here’s a quick rundown on why you should go for goji berries, and that includes goji beverages as well!

Also known as the wolfberry or Chinese wolfberry, the goji berry is native to China, where they have long been revered for their ability to boost the immune system and fight aging, which is why the berry is also known as the “longevity fruit.” But the bright red-orange berries have made a big splash around the world for a number of reasons. Let’s look at why they are popular.

Taste: Berry lovers say goji berries are a bit tart like a cranberry and taste like a combination of raspberries and strawberries. Super yummy!

Versatility: Goji berries are great dried (they look like dried cranberries), cooked, raw, and as an herbal tea, juice, or wine. Supplements also are available. Because the berries are fragile, they are shaken off the bush rather than picked. Unless you travel to where goji berries are grown, you will likely enjoy them dried or as a beverage.

Potent antioxidants: Each little berry is a powerhouse of antioxidants, those special molecules that fight free radicals and help minimize the damage they can do. That means goji berries may be a tasty way to help ward off aging as well as diseases, such as vision problems, high blood pressure, and diabetes, among others. In fact, laboratory tests have shown that goji berry components have anticancer properties.

Nutrient bonanza: In addition to antioxidants, goji berries pack a lot of other nutrients into each little globe. You can find 18 different amino acids and up to 21 different minerals. In fact, just one ounce (about 5 tablespoons) of Tibetan goji berries delivers 170% of your Daily Value of vitamin A, 3 grams of fiber, 80 mg calcium, 2.16 mg of iron (RDA is 15 mg), and even 1 gram of protein.

Polysaccharide power: Polysaccharides are a class of carbohydrates consisting of monosaccharides linked together. A recent study from Northwestern Polytechnical University in China reported that the reasons for which goji berries have been used for millennia in traditional Chinese medicine-as an antifever, anti-inflammation and antisenility tonic-has been shown to be true and attributed to the polysaccharides in the berries. The authors noted that “it has been demonstrated that L. barbarum polysaccharides had various important biological activities, such as antioxidant, immunomodulation, antitumor, neuroprotection, radioprotection, anti-diabetes, hepatoprotection, anti-osteoporosis and antifatigue.”

Read more about the healthiest fruits and vegetables

Be sure to check with your healthcare provider before you add these luscious berries to your diet, especially in supplement form. Goji berries may interact with medications taken for diabetes and blood pressure. Do not consume goji berries if you take a blood thinner such as warfarin.

If you buy dried goji berries, whether they are from your natural food store or online, be sure to try them with cereal, yogurt, homemade trail mix, salads, added to hot tea, or just by themselves. Reconstituted goji berries tend to be sweeter than dried. Goji tea is a heavenly hot treat while the juice is a sweet way to feel revitalized!