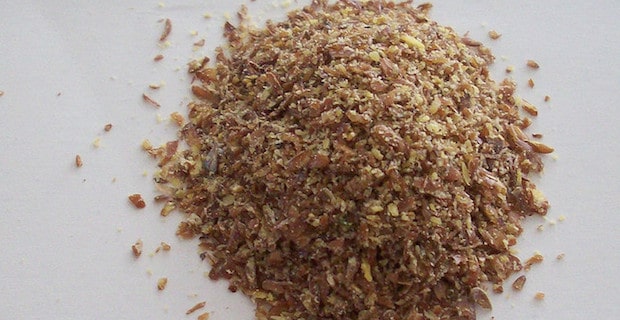 First cultivated in Babylon about 3,000 BC, the benefits of flaxseeds have been touted through out history. King Charlemagne in the 8th century passed laws requiring his subjects to consume them because he strongly believed in flaxseed's health benefits. Why all the hype about flaxseed?

Flaxseed contains omega-3 fatty acids, which are essential fatty acids not made in our bodies, so we must get them from food sources. Each tablespoon of ground flaxseed has about 1.8 grams of lignans, which have both plant estrogen and antioxidant qualities. Flaxseed contains 75 to 800 times more lignans than other plant foods. In addition, flaxseed contains both soluble and insoluble fiber.

Several studies indicate that King Charlemagne's faith in the health benefits of flaxseed may not have been displaced. The studies suggest that flaxseed provides a whole slew of health benefits, including preventing cancer and lowering cholesterol.

The Best Form of Flaxseed