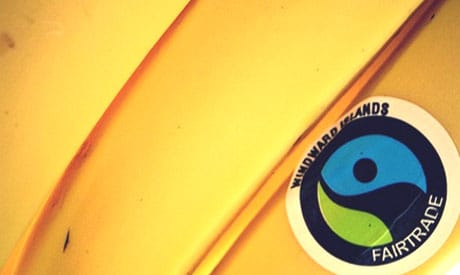 Fair Trade is a buzzword tossed around by many conscious consumers. Fair Trade is defined very simply by Fair Trade USA, an organization that certifies products as fair trade, as "fair." In other words, Fair Trade certification schemes ensure that farmers who grow commodities, such as the cocoa for the chocolate so many Americans crave, are paid fair wages.

Farmers in the Global South are "mostly on their own," according to Fair World Project, and face a slew of economic, political, and even environmental challenges. Fair Trade certification schemes are a means to help those farmers raise their income so they can rise above poverty and inequality. Fair Trade businesses are known as "Alternative Trading Organizations (ATOs). "They are businesses that choose to "take a fair trade path with their business and address issues of social justice, economic equity and poverty in their supply chains," as Fair World Project puts it. The ATOs are the mainstay of the fair trade movement, as they are the businesses that purchase commodities from the Global South farmers.

The chocolate industry serves as an example of why Fair Trade certification is so important. West Africa, namely the Ivory Coast and Ghana, supplies most of the world's cocoa. A Tulane University report cites surveys conducted in the Ivory Coast and Ghana in 2007 that found  child labor to be very prevalent in the cocoa sector. More than 50 percent of the children in agricultural sectors in the cocoa growing regions of the two countries work in agriculture, with 25 to 50 percent of them working in cocoa. Only five percent in the Ivory Coast and and roughly  10 percent of the children in Ghana who work in cocoa growing regions work for pay. Children working in the cocoa sector are often involved in hazardous work and subjected to child trafficking and forced labor. In 2009, the U.S. Department of State estimated that there were more than 109,000 children working in the Ivory Coast's cocoa industry, and about 10 percent of them were victims of human trafficking and/or enslavement.