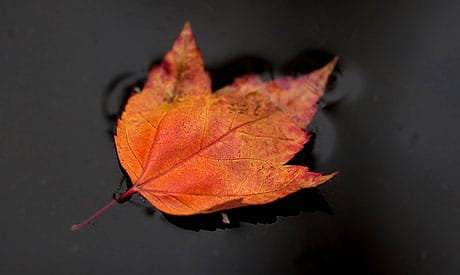 From athletes to the occasional exerciser, coconut water has become the go-to drink for hydration. Loaded with electrolytes, coconut water is excellent at replenishing the body after workouts to ensure that your body is able to recover adequately. While coconut water continues to be a popular choice, there appears to be a new competitor in town threatening to steal the spotlight: maple water. Yes. As in, from maple syrup. Well, sort of.

Read more about the health benefits of coconuts

A drink composed of raw sap from sugar maple trees, maple water has recently made its debut in Canada. Available in Quebec and British Columbia, the initial order is small, as only 400,000 liters were produced. However, interest appears to be high, which could lead to an  increase in production. And unlike coconut water, it's a local food, which means less transport is involved.

"Like coconut water, maple water can be considered a mid calorie beverage, with 45 calories per 500 ml serving. It's taste is a faint echo of the flavor familiar to pancake breakfast aficionados," reports Food Navigator.

Deputy director of the Quebec Federation of Maple Syrup Producers Paul Rouillard stated that "in supermarkets in the two regions, maple water, packaged in Tetrapaks and marketed under three brand names, is shelved alongside coconut water." With regards to the health benefits of the product, he added that "we have identified 46 bioactive compounds. It has a variety of vitamins, minerals, organic and amino acids, polyphenols and phytohormones." He concluded by stating that "in antioxidants it is better than tomatoes."

The production process is similar to that of maple syrup and sugar in that it does depend on weather conditions. Food Navigator also reports that "sap is taken from the tree and must be held below 40 degrees on its way to the packaging plant. And sap can only be harvested in the spring when nighttime temperatures don't dip below the mid 20s and daytime highs don't top about 45."

Rouillard also states that there is plenty of potential supply, as trees grow across eastern Canada and in the northeastern US as well.

In British Columbia, "the federation is looking in particular at the product's uptake among ethnic Asian consumers, which appears to be strong from early reports," Rouillard added. After that data is analyzed, future decisions will be made about increasing production and eventually entering new markets, which would include the United States.