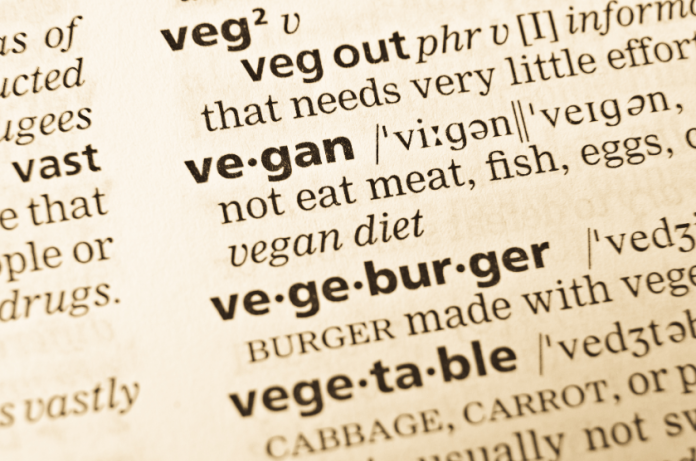 Several food forecasters are saying that vegan food will be especially hot in 2018, so hang onto your seitan and cauliflower, because the ride is going to be exciting! Get ready for a wide variety of new vegan food items both in supermarkets and restaurants as both gear up to the growing demand for this human-, animal-, and environmental-friendly way of eating.

Read about 101 reasons to go vegan

As interest in a vegan lifestyle continues to grow, “Brands should also expect to feel more pressure to develop vegan options,” according to THP, a Toronto-based food marketing agency. If you take a little time to check out the market, you’ll find there are vegan options for most of the traditional foods. From vegan cheese to plant-based weiners, chicken, tuna, eggs, and even roasts, the choices are growing daily.

The options will need to continue increasing to keep up with the trend. The International Taste Solutions named veganism number three on its food trend list for 2018. This number three spot may be associated with the report that the number of people who say they are vegan has increased by 600 percent since 2014 in the United States, according to the research firm Global Data.

Baum + Whiteman, which bills itself as “The world’s pre-eminent food and restaurant consulting company,” has stated that the 2018 trend of the year is plant-based foods will go mainstream, both at home and in restaurants. In fact, it predicts restaurants will be taking big strides in attracting customers to plant-based foods. For example:

Although it likely won’t hit the market in 2018, there is growing momentum to create meat from stem cells rather than from animals themselves. At the forefront of this movement is Memphis Meat, a food technology company that is making cultured meat. It is billed as clean meat, because no animals are involved in the making of the end products. The company has already produced lab-grown beef, chicken, and duck.

Several other companies, such as Hormel and Tyson also are looking into this technology, which is highly controversial among vegetarians and vegans…as well as meat-eaters alike.

As for more immediate vegan trends in food, here are a few that are taking off, as well as one that is still enjoying the ride from last year.

Vegan butchers. Admittedly there are only a few in North America thus far, but the numbers of growing. Vegan butchers are establishments where “butchers” make plant-based “meats.” They are great alternatives to buying such items from supermarkets or restaurants. Depending on the butcher, you can get everything from burgers to fried chicken, hickory bacon, beer brats, Italian sausage, Sriracha brats, Cuban pork, and more.

Aquafaba. Quite simply, aquafaba is bean water, or the water that you save after cooking beans from scratch or drain out of the can. Vegans love this cheap egg replacer that can find its way into so many recipes, ranging from meringues to macaroons, mayo, mousse, marshmallows, and brownies, among others. Added bonus-no cholesterol!

New superfruits. Are you ready for a few new superfruits to appear in candies, desserts, beverages, and dietary supplements? Look for names like:

Sorghum. You may think of sorghum as animal feed, but ironically it’s a great food source for vegans (and other people too!) as well. Sorghum has gained some of its popularity because it’s an option for people with gluten intolerance, but it also can improve digestive health, boost energy, support bone health, and promote red blood cell development. Pop sorghum like popcorn, add it to salads and bowls, or enjoy as a breakfast cereal.

Everything cauliflower. Cauliflower actually hit the 2017 trend list, but it’s so hot we had to include it in 2018. This low-fat, low-carb, vitamin-rich veggie is also a great source of fiber. From cauliflower rice and couscous to pizza dough, mashed, and yes, add it to your smoothies, this versatile vegetable is a continuing trendsetter.

Sweet potato toast. Move over avocado toast-the sweet potatoes are here. Simply slice a raw sweet potato into quarter or half-inch slices, place in a toaster or toaster oven, and wait until they are the desired softness. Top with your favorite toppings and you have a fast, easy, and nutritious vegan treat.