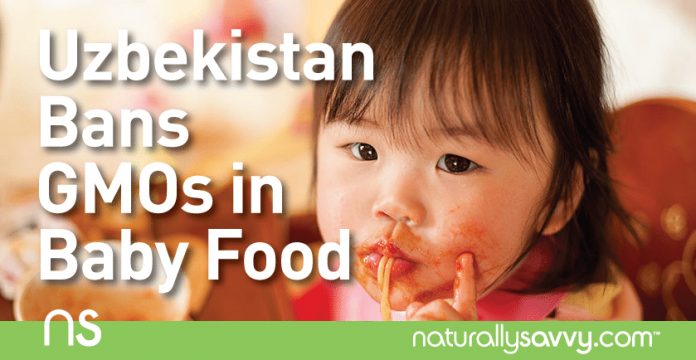 is known for being ruled by a dictator named Islam Karimov. Or as the CIA describes it, Uzbekistan’s government features “authoritarian presidential rule

with little power outside the executive branch.” But that dictatorship has

managed to accomplish something democracies in North America haven’t. That

something is the ban of genetically modified organisms (GMOs) in baby food.

Year of Healthy Mother and Child. “Uzbekistan will also adopt measures to

restrict the import and consumption of all products containing GMOs,”

Sustainable Pulse reports. And Uzbekistan just might be added to the list of 38 countries that ban the

might also restrict the import and consumption of food products with GMOs, International

are present in some baby foods, namely any that contain corn or soy. GMOs are

present in most infant formulas as milk or soy protein is the basis of most of them. And

within baby products are ingredients such as corn syrup, corn syrup solids, or

soy lecithin. All of which are derived from GMO crops.

out in a blog post for Green America. Many GMO crops are engineered to tolerate the herbicide

glyphosate. Glyphosate “inhibits the activity of a group of enzymes ubiquitous

and well as detoxification in the liver,” Perro writes.

infants to reach full maturity. Perro warns that “if you expose newborns to

substances that further impair liver and immune function, the infant has

recommends that parents use organic infant formula. And that is the advice of

formulas or formulas labeled as Non-GMO.”

top of putting GMOs in their products, many makers of baby food and infant

formula have given money to defeat GMO labeling efforts in California. Three of

those companies (Abbott Laboratories, Mead Johnson Nutrition, and Nestlé) have

Laboratories, the maker of Similac, accounts for about 43 percent of the infant

Mead Johnson Nutrition, the maker of Enfamil, which is responsible for 40

percent of infant formula sales in the U.S. The company gave $80,000 to defeat

Prop 37. Nestlé, which has only 15 percent of the U.S. market share of infant

Uzbekistan is far ahead of the U.S. when it comes to protecting infants from

the toxic effects of GMOs. 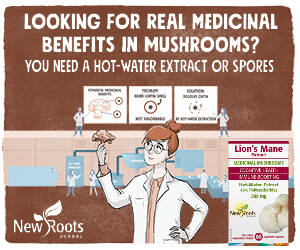