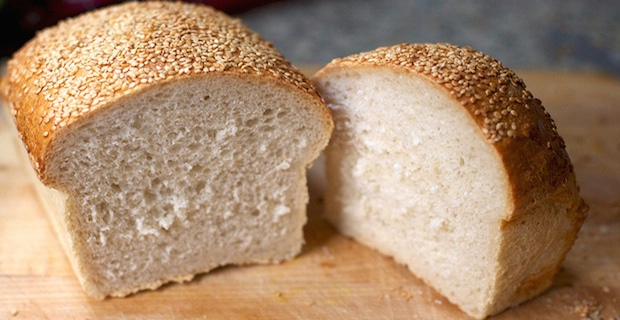 No doubt you have noticed the increasing prevalence of "gluten-free" and "wheat-free" foods and products in recent years. It's one of the hottest food trends of our time.

Celebrities Gwyneth Paltrow, Miley Cyrus and Saints Quarterback Drew Brees have brought gluten allergy and intolerance into the spotlight, and stars with celiac disease, like Elisabeth Hasselbeck and Jennifer Esposito have been very open about their condition.

The gluten-free market is valued at $4.2 billion in the U.S. alone, and about 30 percent of adults are avoiding or reducing dietary gluten – many for health reasons, some looking for a quick way to lose weight.

The gluten-free diet is more than a fad, though. Gluten-related problems are on the rise and are becoming a major public health issue.

Eliminate Gluten From Your Diet for Good with a Naturally Savvy Get Healthy Challenge!

Gluten is part of the tough, elastic protein found in wheat, rye, barley, oats, and many other grains. It binds the dough in baking and prevents crumbling. Gluten is formed when the proteins glutenin and gliadin, present in flour, combine with water. In baking, the gluten in dough is stretched by the carbon dioxide produced by the action of yeast or baking powder, giving the dough a spongy and elastic texture.

For a person eating an average diet, gluten-containing foods, namely grains (whole or refined) make up a significant portion of calories. Bread, noodles and pasta are staples in many cultures around the world. The USDA's Choose My Plate guidelines recommend a minimum of 5 ounces of grains for adults, and most of the suggested food options are sources of gluten.

Gluten can be found in:

Because gluten is also used as a thickener and filler, it is found in soups, gravies, sauces, processed meats, pickles, sweets, instant pudding and more.

What Not To Eat. Avoid these foods or foods containing these ingredients:

Repeated exposure to gluten can damage the villi (the absorptive surface) of the small intestine resulting in poor nutrient absorption. Many people consume gluten multiple times a day, and the prevalence of gluten-related disorders, particularly celiac disease, appears to be skyrocketing. Although the cause is unknown, celiac disease (CD), an auto-immune disorder in which the sufferers cannot properly digest gluten, affects about 1 in 133 people and is 4 times more prevalent today than it was 60 years ago!

For someone with CD, consuming gluten, no matter how small the amount, damages the villi (tiny finger-like projections) of the small intestine, causing nutrients to pass through the intestine unabsorbed. Over time, this leads to severe nutritional deficiencies and devastating digestive and health problems.

Symptoms vary from person to person and can often mimic other bowel disorders. They may include:

Not all symptoms are related to digestion, though. A 2012 survey found that 35% of people at risk for CD had no reason to suspect that the symptoms they were experiencing were due to (undiagnosed) CD. Other symptoms that may be caused by CD include weakness, anemia, depression, bone or joint pain or blistering, itchy skin.

Every time a celiac patient ingests gluten the gut healing process must begin again. Research indicates it takes weeks for antibody levels to return to normal after consumption of gluten in an individual with CD. Undiagnosed or untreated CD can quadruple the risk of death by increasing your risk of developing osteoporosis, thyroid disease, certain cancers, infertility and more. Currently, the only treatment for CD is a strict gluten-free diet. However, it isn't only those with celiac disease that should avoid gluten.

Read more about the FDA guidelines on gluten-free foods

Non-celiac gluten sensitivity (NCGS), a relatively new diagnosis, may affect as many as 18 million Americans and about 6 percent of the world's population. NCGS has been coined to describe those who cannot tolerate gluten and experience symptoms similar to those of celiac disease, but who do not have the antibodies and intestinal damage as seen in celiac disease.

Another condition that requires a gluten-free diet, or at least a wheat-free diet, is wheat allergy. Wheat is one of the top eight food allergens in the United States.Someone with wheat allergy is likely to develop symptoms within minutes to hours after eating something containing wheat.