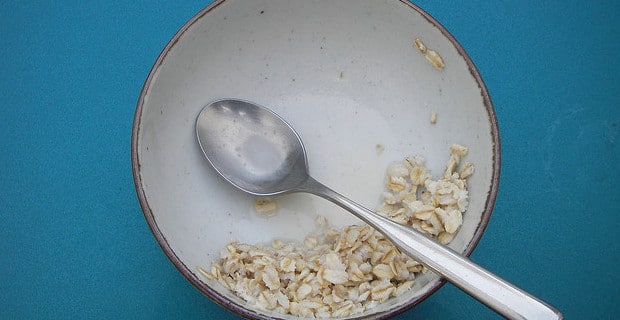 For years, it has generally been accepted that the vast majority of people with celiac disease can eat oats without experiencing any gastrointestinal symptoms. However, for a small percentage of individuals with gluten intolerance, oats may be a no-no on the menu. So what's the deal with oats and celiac disease?

The reason, say the investigators from Monash University, the Walter and Eliza Hall Institute, and Immusan T, a US biotechnology company, is the avenin protein, which differs from the gluten protein typically associated with celiac disease.

Earlier research has shown that the avenin protein in oats can trigger intestinal gluten-reactive T cells in the laboratory, but what about in people? This new study enrolled 73 volunteers with celiac disease who were challenged with 100 grams of oats per day for three days. The scientists found that the oats caused an immune response in 8 percent (6) of the participants.

According to Dr. Jason Tye-Din, who heads celiac research at the Walter and Eliza Hall Institute, the new finding "is a vital piece of the puzzle that informs the development of targeted tests for oat toxicity and the design of new treatments for people with celiac disease."

If you or a loved one has celiac disease, the question as to whether you can include oats in your diet is an individual one. In addition, the authors concluded that "the low rates of T cell activation after a substantial oats challenge…suggests that doses of oats commonly consumed are insufficient to cause clinical relapse and supports the safety of oats demonstrated in long-term feeding studies."

Ultimately, however, the decision about whether to include oats in your diet if you have celiac disease is a personal one. Your body will let you know the answer. One factor to consider if you are thinking about including oats is to look for pure uncontaminated oats. These are oats that are grown without danger of cross contamination from wheat, barley, or other gluten crops. Even these pure oats, however, may present a problem for a small percentage of individuals with celiac.

According to the Canadian Celiac Association, it's been shown that pure, uncontaminated oats are safe for adults who limit their consumption to about 50 to 70 grams per day, which equals ½ to ¾ cup of dry rolled oats. Children with celiac may safely eat less than half that amount, about 20 to 25 grams daily.

For those who cannot tolerate oats at all, some other grain, cereal, and/or flour alternatives include amaranth, buckwheat, millet, nut and seed flours, potato, quinoa, rice, sorghum, tapioca, and teff.

[Editor's Note: If you want to eliminate gluten from your diet for good, click here to sign up for Naturally Savvy's Gluten-Free Get Healthy Challenge.]