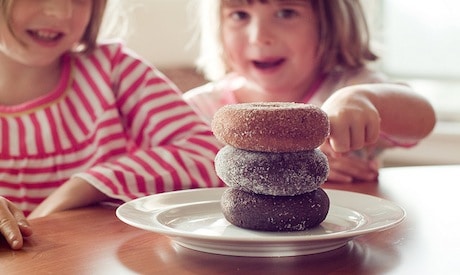 Americans are known for diets that don't exactly earn points for being the healthiest choices, despite the abundance of healthy foods that grow on U.S. soil. Surprisingly, a recent analysis of American caloric intake shows less of a junk food presence than suspected in our caloric load.

The first-ever study of its kind was published in the recent issue of Nutrition Journal. Foods making up the majority of calories consumed in the U.S. were not coming from restaurants, fast food chains or junk foods, according to the researchers out of University of Washington, Seattle.

By using data collected by the government's National Health and Nutrition Examination Surveys, the research team could identify where foods were purchased (whether market or restaurant, school, etc), to help better determine with more accuracy where calories are being sourced.

According to the data, 63 to 76 percent of calories come from foods purchased at grocery stores, with restaurants (including fast food) only accounted for 17 to 26 percent of calories. "Contrary to popular belief, restaurant-sourced pizza, burgers, chicken and French fries accounted for less energy than store-sourced breads, grain-based desserts, pasta and soft drinks," the study authors reported.

Teenagers between the ages of 12-19-at high risk for childhood obesity-only consumed 1.7 percent of their calories from French fries. And age depending, sugar sweetened beverages accounted for 1 to 1.4 percent of calories.

For adults between ages 20 and 70, 63 to 70 percent of calories were from store-bought foods rather than restaurants, vending machines or other sources of fast foods.

Still, despite the fact that calories are not coming from drive thrus or quick markets, the highest amount of calories are coming from dessert products including cakes, cookies and donuts as well as yeasted breads-foods that can contribute to obesity and obesity-related illnesses including type 2 diabetes.