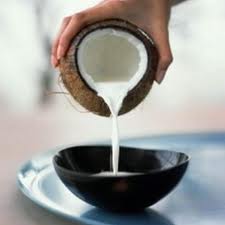 We read a lot about the virtues of coconut oil, whether it's being praised for its ability to improve the skin, fight bacteria and viruses, help burn fat, remove stains, or pitch in to battle Alzheimer's disease. But did you know virgin coconut oil also has been shown to reduce stress?

Don't stop doing your deep breathing exercises or store your meditation cushions just yet. However, researchers have uncovered some evidence that virgin coconut oil has anti-stress effects. The source of this information is an animal study in which virgin coconut oil was given to mice who were placed in stressful situations. First, let's look at what's special about coconut oil.

Read About Why Coconut Oil is Good for You

The difference between MCFAs and LCFAs is that the former are much healthier for you than the latter. LCFAs, for example, are difficult to metabolize, are mostly stored in your body as fat, and are stressful on your digestive system. MCFAs, on the other hand, are better utilized by the body, are easily digested, more readily transformed into energy rather than accumulating as fat, and help boost your metabolism.

A team of researchers performed several stress tests (forced swim test and chronic cold restraint test) on groups of mice; some were given virgin coconut oil, others were given diazepam (an antidepressant), some were exposed to the stress tests and others were not. The scientists observed that mice treated with virgin coconut oil were mobile for a longer period of time than the untreated mice during the forced swim test, which was attributed to the abilities of MCFAs to boost energy and produce body heat.

Read About 27 Uses for Coconut Oil

When the experts compared the coconut oil with diazepam, they found that the oil was superior to the medication because its antioxidants fought free radical damage to the cells and restored antioxidant levels in the brain. The antioxidants in the virgin coconut oil also reduced lipid peroxidation, a process in which cell-damaging free radicals remove electrons from lipids, resulting in cell damage.

Overall, the scientists believed that the medium-chain fatty acids and antioxidants in virgin coconut oil were responsible for the anti-stress activities demonstrated in the experiments. Although experts aren't ready to market virgin coconut oil as a stress reducer, making it a part of your diet could be a healthy step toward lowering your stress level.