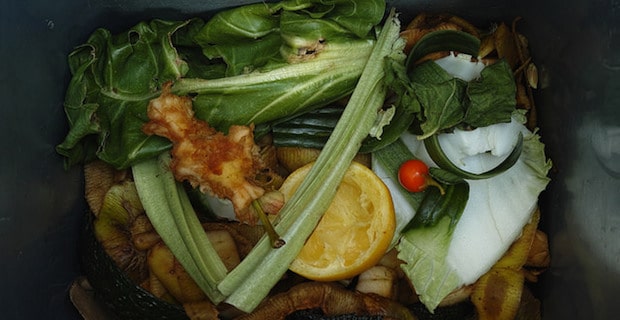 There is an epidemic in America that is hitting your bank account and the environment hard. That epidemic is the gross amount of food waste that we produce as a country. Mother Nature Network reports that in the U.S. 30-percent of the produce that is harvested never makes it to the grocery store and another 30 to 50-percent of the food that is sold in grocery stores lands in the garbage. It’s a staggering amount, especially when you think of all of the people in the country and the world that don’t have enough food. But it’s also creating a huge environmental issue.

Triple Pundit reports on a study done by McKinsey & Company that found that if developed countries eliminated 30-percent of their food waste, 100 million acres of cropland could be saved. In addition, they found that 25-percent of our fresh water is used to produce food that ultimately lands in the trash, and the Wall Street Journal says that if food waste were a country, it would rank as the third worst offender when it comes to greenhouse gases.

The reason for the staggering amount of food waste is two-fold. First, our society no longer shops for our food by going to the butcher, baker, cheese monger, and farm stand a few times each week. Instead, we fill grocery carts to the brim each week and load the fridge to the point where we have no idea what is in the back of it. A new container of peanut butter gets opened before the old one was finished because that one couldn’t be found in the fridge, and the first one is tossed when found weeks later.

Another huge factor in the amount of food waste in the U.S. is the lack of a truly regulated labeling system when it comes to dating food items. In essence, the dates that you currently see listed on your food items can mean anything from the date that they should be sold by to the (estimated) last date that they will maintain their flavor and freshness, but very few of these dates actually indicate when the food will become inedible. Yet consumers are throwing away these foods because of their uncertainty as to whether they should be eaten.

The National Resource Defense Council and Harvard University Food Law and Policy Clinic just released a report on how this labeling issue is contributing to the food waste issue in the U.S. In it, researchers call on Congress and the FDA to change the way foods are labeled. Some of the recommendations include establishing a consumer-friendly uniform labeling system, removing any “sell by” dates (because those are meant for the store’s use), adding “freeze by” dates and instructions where applicable, removing quality based dates from shelf stable foods, and increasing the use of a consistent “smart handling” instructions label to extend the life of a food’s edibility. In the meantime, we shouldn't be throwing out food just because of the date on it, but only if it actually has gone bad.

The bottom line is that food waste is a huge issue that’s impacting our environment and in turn our health. If you find yourself familiar with tossing leftovers in the garbage or emptying a fridge of rotten food regularly, you can help the problem. Just think of all the food going in the garbage as dollars you are throwing away. You could instead significantly reduce your grocery bill and buy higher quality foods that are better for your health and the environment, making it a win on many levels.