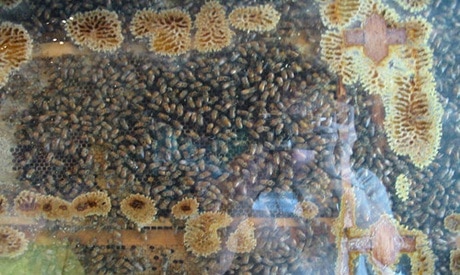 The Center for Food Safety (CFS) called on the U.S. Environmental Protection Agency (EPA) to suspend the use of certain insecticides that pose risks to honey bees. The European Food Safety Authority (EFSA) recommended suspending uses of neonicotinoid insecticides. Neonicotinoids are a newer class of systemic insecticides that plants absorb and are then transported throughout the plant's vascular tissue, which make the whole plant potentially toxic to honey bees. Neonicotinoids have already been suspended for some uses in France, Germany, Italy and Slovenia. The Austrian government recently restricted the application of them, and the British government is assessing the risk to bees. The U.S. has not yet taken action.

"EPA cannot continue to condone the use of chemicals responsible for the wholesale killing of our pollinators and the irreparable damage of the U.S. food supply," said Center CFS attorney Peter Jenkins.

First registered by the EPA in the 1990s, neonicotinoids came into heavy use in the mid-2000s. That's when beekeepers first started noticing widespread cases of Colony Collapse Disorder, or when hives empty and vanish. According to the U.S. Department of Agriculture (USDA), in October 2006, some beekeepers started reporting losses of 30 to 90 percent of their hives. The amount of managed honey bee colonies has decreased from five million in the 1940s to 2.5 million today, but the need for hives to pollinate crops has increased, which means that honey bees are transported long distances. Annual losses from 2006 to 2011 averaged about 33 percent a year, with a third of the losses were attributed to CCD by beekeepers.

Bee pollination represents $15 billion in increased crop value every year. As the USDA website puts it, "About one mouthful in three in our diet directly or indirectly benefits from honey bee pollination." Almonds are an example of a crop that is entirely dependent on pollination by honey bees. The California almond industry, all U.S. almonds are grown in the golden state, needs 1.4 million honey bee colonies, about 60 percent of all managed U.S. honey bee colonies.

Despite the risk to honey bees, the EPA has continued to approve over 100 neonicotinoid products for unrestricted use on dozens of crops, including corn seed, cotton, soybeans and other crops that total an estimated 200 million acres. Last March, the CFS and a coalition that included beekeepers filed an emergency petition with the EPA for the use of certain neonicotinoids to be suspended.