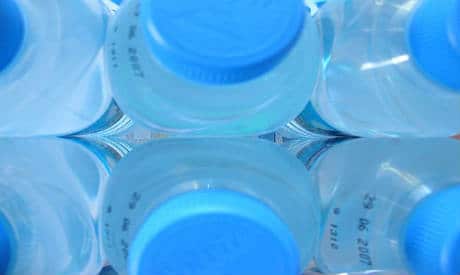 The American Chemistry Council and Public Environmental Agency Face Off

The Office of Environmental Health Hazard Assessment (OEHHA) wants to list Bisphenol A (BPA) as a developmental toxicant under California’s Proposition 65 – known as the "The Safe Drinking Water and Toxic Enforcement Act of 1986" but the American Chemistry Council (ACC) is against it. Why? The better question to pose is, why would they care to agree or disagree? The American Chemistry Council (ACC) is the trade association that represents three out of the five companies that makes BPA in the USA: Bayer, Dow and SABIC (formerly GE plastics).

OEHHA: Their mission is to protect and enhance public health and the environment by scientific evaluation of risks posed by hazardous substances.

ACC: Their objective is to represent their trade companies’ best interests in this matter, which happens to be making BPA.

What does it mean if BPA is listed under Proposition 65 as a developmental toxicant? Mandatory labeling of foods and products. “If BPA is listed under proposition 65, businesses that manufacture, distribute or sell products with BPA in the state would have to provide a warning if their product or activity exposes the public or employees to the chemical,” says Joe Whitworth of Food Navigator-USA.

There are approximately 100 studies on BPA chemical industry's funded studies, there were no such effects. The ACC asserts that levels of BPA are safe and non-toxic, so people can use their polycarbonate plastic products and epoxy resins without hesitation. The ACC concludes that because there is no risk to human health, listing BPA as a toxicant is unfair. The interesting part is that the same companies were against Proposition 37, the initiative to label genetically modified foods for consumers.

Among many others, Bayer, Dow and SABIC. The CEO of the American Chemistry Council, Calvin M. Dooley was the former CEO and President of the Grocery Manufacturer’s Association which donated millions of dollars to oppose labeling of genetically modified foods in California. The theme presents itself as this: companies that play a part in manufacturing, distributing or selling foods or products that contain questionable ingredients and/or chemicals refuse to let it all hang out. In other words, they don’t want to make it obvious where their products end up. Even if the evidence was inconclusive – which it is not – about the negative effects of BPA on our health, the issue of secrecy is still suspect. Why would these companies and associations care if people knew that their cosmetics, food containers and cans of food contained BPA? Why would they waste their time discrediting scientific studies about BPA if they didn’t feel shaky about the results? Furthermore, if the amounts of BPA in their products were at safe levels and everything was above board, why would they bat an eye? For more information on Proposition 65 visit the OEHHA website.