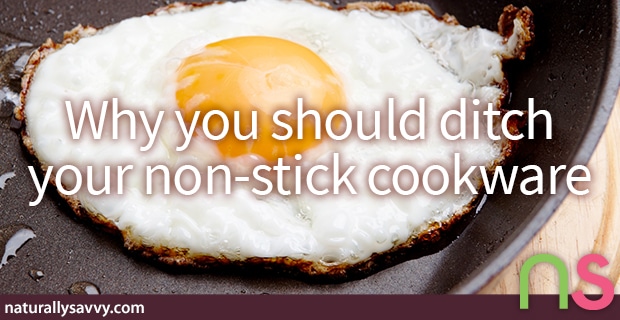 Have you ever heard of C8? It is a perfluorinated chemical (PFC) and the key ingredient in making Teflon, the non-stick cookware coating used in many household products, particularly cooking pans. Although not produced, used, or imported in the U.S. anymore, its toxic legacy continues, as a new report by the Environmental Working Group (EWG) reveals.

The U.S. Environmental Protection Agency (EPA) fined DuPont $16.5 million in 2005 for its cover-up of the health hazards of C8. It is the largest fine ever levied by the EPA. The cover-up lasted decades. Internal documents showed DuPont knew for a long time that C8 causes cancer. DuPont also knew that C8 poisoned drinking water in the mid-Ohio River Valley and numerous people and animals globally were exposed to the toxic substance.

DuPont never told its workers about the risks from C8. The company also did not tell local officials, residents, state regulators or the EPA. However, the truth came out, as it always does. Research by federal officials and public interest groups like EWG found that the blood of nearly all Americans is contaminated with PFCs. The EPA confirmed in 2006 that C8 is a likely human carcinogen.

DuPont still has not it admitted its guilt. In 2005, the chemical giant settled a class action lawsuit on behalf of about 70,000 residents who lived near its Washington Works plant in Parkersburg, West Virginia for well over $300 million. DuPont manufactured C8 at the West Virginia plant and dumped waste into landfills and waterways.

Although C8 is not used in the U.S. anymore, DuPont and other companies are using compounds that are similar and likely not safer. The new PFCs are used in a variety of products, including greaseproof food wrappers and waterproof clothing. The newer PFCs have shorter carbon chains which means they are "less likely to build up in the bodies of people and animals," according to the report. However, they remain in the environment like the chemicals they replaced. Studies have found that short-chain PFCs are more likely to be found in tap water because it is easier to remove long-chain PFCs through water treatment.

Despite the threat from the newer PFCs, DuPont is still trying to duck its responsibilities, as the EWG report reveals. DuPont has evaded a commitment to treat Parkersburg's water supply, which is the largest affected water system in the mid-Ohio Valley. DuPont is evading responsibility on the grounds that C8 levels in the water were originally lower, by a small amount, than the 2005 settlement's cleanup threshold. However, recent tests found that C8 levels are above the threshold. DuPont has also tried to evade the cleanup claims of the water district in LIttle Hocking, Ohio.

The EWG is urging Americans to demand that DuPont keep its promises to clean up the water supplies of the Mid-Ohio Valley. The organization created a petition titled, "Tell DuPont: Keep Your Promises.

[Editor's note: Anything (unless otherwise stated) that is water-resistant, stain-resistant, grease-resistant, or stick-resistant contains chemicals called PFCs – perfluorochemicals, which are extremely toxic to the environment, human health and animal health. When you heat a non-stick pan, the chemicals start to break down and release toxins and particulates into the air. In humans, this can cause flu-like symptoms. And, it can even kill birds by getting into their lungs. It's called Teflon Toxicosis. For more information, listen to this interview with Lisa Beres on Naturally Savvy Radio.]