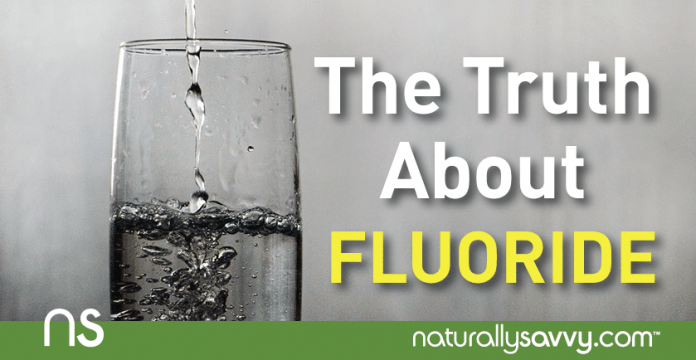 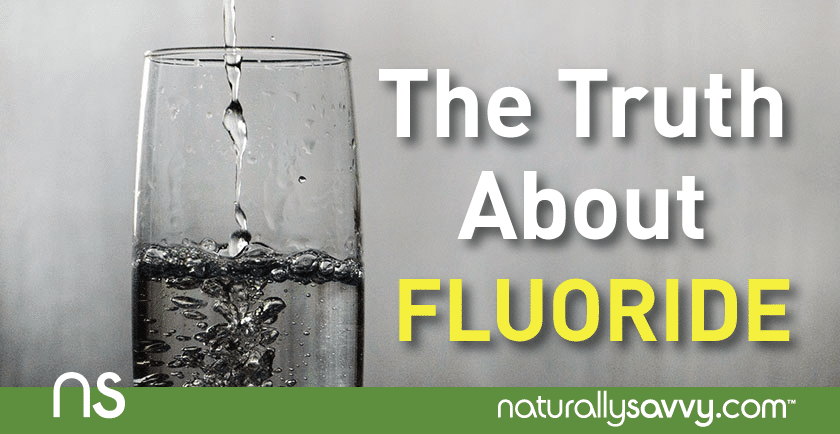 If you are like most people, you have been lead to believe fluoride in water is a healthful supplement.

Dentists and other fluoride advocates have long insisted that fluoride in the drinking water does wonders for dental health. But, the truth is, ingesting fluoride is unnecessary, dangerous and can even be deadly. It is a threat to public health and has been implicated in a dizzying array of serious health problems. Now, for the first time since 1962, the U.S. Department of Health and Human Services (HHS) is lowering the the recommended level of fluoride in drinking water to 0.7 mg/L to protect against unwanted effects of excessive exposure of orally ingested fluoride based on findings and recommendations by the National Academies of Science (NAS).

I talked to Green Diva Meg in this Green Divas Health & Beauty radio show segment about why we need to ditch the fluoride. Listen up then read on for more…

Where Fluoride Comes From

Fluoride occurs naturally in low levels in many kinds foods. A number of sea salts contain trace amounts of fluoride, for example. However, the fluoride that is added to the public water supply in the form of the chemicals – fluorosilicic acid, sodium silicofluoride, and sodium fluoride – is industrial waste products from the phosphate fertilizer industry. Of these chemicals, fluorosilicic acid (FSA) is the most widely used.  Unlike the United States, 97% of Western Europe has chosen fluoride-free water and, according to the World Health Organization, their tooth decay rates are just as low, and, in fact, often lower than the tooth decay rates in the U.S.

What Happens after Fluoride is Ingested?

Soon after you take a sip of fluoride contaminated water, 93% of the ingested fluoride ends up in your bloodstream and whatever is not excreted ends up being deposited into teeth and bones. Fluoride accumulates in the body over the time. Adults who have been drinking fluoride contaminated water for many years have much higher levels of fluoride in their bodies than small children who haven’t had time to build up toxic levels of this harmful chemical. The development of dental fluorosis can occur with too much fluoride consumption during the tooth forming years of age 8 and younger.  According to the CDC, 41% of American adolescents have dental fluorosis. You may not be aware that fluoridated water is no longer recommended for babies.  In November of 2006, the American Dental Association (ADA) advised that parents should avoid giving babies fluoridated water.

Read more about the harmful effects of fluoride

Fluoride and the Brain

The most worrisome negative effect of fluoride is its effect on the brain, particularly the developing brains of children. Recent scientific research has confirmed that even low levels of fluoride have the potential to lower IQ (Intelligence Quotient) scores in young children. Exactly how fluoride negatively effects the brain is not yet completely understood, but if you are a parent of young children, many experts advise that you do your very best to minimize their exposure to fluoride. In Our Daily Dose, filmmaker Jeremy Seifert (GMO OMG), lays out the dangers of water fluoridation informatively and creatively. Watch now.Fluoride and Bone Health

Fluoride has negative effects on bones and is most dangerous to young children and the elderly. A recent study from a team of Harvard scientists – have found a connection between fluoride and a serious form of bone cancer known as osteosarcoma in males under the age of 20. Even at very low concentrations, fluoride can promote the risk of bone fracture. As people age, their bones become increasingly brittle. Fluoride may be partially responsible for the high rate of bone fractures in the United States. People in the U.S. ingest large quantities of calcium, yet maintain one of highest rates of bone fractures in the world.

The link between fluoride and bone cancer (osteosarcoma) is not as clear as the link between fluoride and bone fractures. That being said, many scientific studies have come to the conclusion that ingesting fluoride definitely raises the risk of developing bone cancer. On average, the more fluoride a person ingests, the more likely he or she is to develop bone cancer. Bone cancer is unique among cancers because of it exceptional deadliness. According to the Fluoride Action Network, ‘Up to half of adolescents who develop osteosarcoma die within a few years of diagnosis.’

Tap Water Isn’t the Only Source of Fluoride

Ceasing to drink fluoridated water isn’t the only action required if you wish to eliminate exposure to fluoride. In addition to installing the proper home water filtration system to remove fluoride from your tap water (distillation and reverse osmosis are treatment methods that have proven to be effective for removing fluoride), you can also replace the fluoridated toothpaste you are using.  Fortunately, a number of fluoride-free toothpaste brands are available to choose from.

Look for brands of toothpaste that don’t contain fluoride, saccharin, or other known toxic ingredients. If tooth decay is a concern, you might be interested to know that while water fluoridation is credited with reducing tooth decay, the same reductions in tooth decay have occurred in all western countries, regardless of fluoride present in the water.

Remember, fluoridated toothpaste can be especially deadly for young children. There is enough fluoride in typical tube of toothpaste to kill a small child if ingested. According to theJournal of Dental Research, the Probably Toxic Dose (PTD) for fluoride is 5mg/kg. If a child ingests a fluoride dose in excess of 15mg/kg, then death is likely to occur. It can be fatal for some children even at doses as low as 5mg/kg.

As always, the choice is yours. Here, we adhere to the precautionary principle which states, ‘that when an activity raises threats of harm to human health or the environment, precautionary measures should be taken even if some cause and effect relationships are not fully established scientifically.’

Learn more in this Green Divas Health & Beauty radio show segment about why we need to ditch the fluoride.

Bonus: Listen to the latest full episode of the Green Divas Radio Show …

Catch the latest Green Divas Radio Show—and other green, healthy and free radio shows—daily on GDGDRadio.com (or get the GDGD Radio app)!

Aged Garlic Extract, AGE for a Healthier You

Natural Tooth Care: Can You Heal Cavities and Regrow Teeth?

The Healing Powers of Baking Soda

Oil Pulling: Should You Try this Ancient Detox Method?