When an individual passes away, there have been two basic disposition choices: cremation or burial of a body in the horizontal position. Some families are disinclined to cremate their loved ones, yet consequently, space for cemeteries has reached a premium as land values have climbed. Large populations in urban areas demands an ever greater proportion of the land.

When you think about it, that's a lot of nine-feet by four-feet plots. New green think-tankers believe we should move away from our practice of digging horizontal burial plots in favor of a more space-conscious, vertical burial plot. If this were the case we could bury twice as many people in the same space.

People who choose a vertical burial will be placed in biodegradable shrouds and buried in cylindrical holes, feet first. It's different, but there are many who are embracing this idea.

Cancer victim Allan Heywood received his dying wish this week and was buried upright in a biodegradable body bag in what is claimed to be Australia's greenest cemetery.

A spokesman for Melbourne-based firm Upright Burials said that Heywood, 64, got in ahead of more than 100 people who have since registered with the start-up company.

Upright Burials managing director Tony Dupleix said Heywood was the first person in Australia to be lowered feet first into a cylindrical grave 70 centimeters wide and three meters deep. The hole, the first of what Dupleix hopes will be 30,000, was dug with a rotary augur, a machine usually used to drill holes for power poles.

There is no marker or headstone for Heywood in the plot. The location of his grave is identified only by coordinates and a grid reference on the gate of the Kurweeton Road Cemetery. For Heywood, as for every other corpse that goes in the ground, a tree will be planted on a nearby hill.

"From the outset we questioned the need to bury people horizontally and in such a carbon-intensive manner," Dupleix said. "Most people are attracted by the simplicity of the project and the concept of being far more in touch with nature."

This option does have a lower cost—about $2,000 compared with about $7,000 for a conventional burial—and for space-saving and environmental reasons.

The Jewish faith is becoming cozy with the idea, for vertical burial happens in Jerusalem, and all burials conducted in the city have been carried out in accordance with Jewish law.

A Malaysian state is also considering burying people vertically because it is running out of cemetery space. Malaysia's Muslim majority does not accept cremation, unlike members of the minority religious groups of Buddhists, Hindus and Christians.

The plan to bury people upright has its critics in the funeral industry, with some claiming the practice is disrespectful to the dead. I can see how it kind of ruins the image of eternal rest. But I also like that think being interred in an upright orientation would make one much more aerodynamic, making it easier to float to Heaven more quickly. 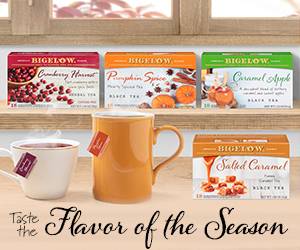